DOE’s Office of Biological and Environmental Research is pleased to welcome Brian Benscoter to the Environmental System Science team. Benscoter was previously an one-year IPA/rotator. He has taken a permanent position as a program manager. 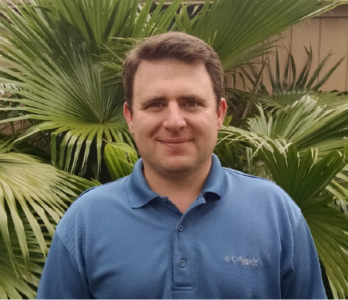 Prior to last June, Brian had been at Florida Atlantic University for the past 10 years, where he was Associate Professor of Plant Ecology. His research focused on the role of disturbance, from fires to floods, on ecosystem structure and biogeochemical function at the terrestrial-aquatic interface. His recent research in freshwater and coastal wetlands of the Florida Everglades was supported by DOE, USGS, US Fish and Wildlife Service, and the US National Park Service, largely through multidisciplinary interagency cooperative projects. Before moving to Florida, Brian studied boreal peatlands of Canada, Alaska, and Siberia on topics ranging from paleobotany to peat combustion. He completed a MSc at Villanova University and PhD at Southern Illinois University prior to postdocs at Michigan State University and the University of Guelph.

Brian has been Chair of the South Atlantic Chapter of the Society of Wetland Scientists (SWS), where he previously served as Chair of the Peatland and Biogeochemistry sections and mentor for the undergraduate multicultural mentoring program (SWAMMP). He was host for the Ecological Society of America annual meeting in Ft Lauderdale and organizing committee member for the SWS annual meeting in Puerto Rico, and has also organized many conference sessions and workshops. Brian was a member of the writing team for the ESS “Research Priorities to Incorporate Terrestrial-Aquatic Interfaces in Earth System Models” workshop report, chapter coauthor for SOCCR-2, and review panelist for various programs at DOE, NSF, NASA, and BLM.