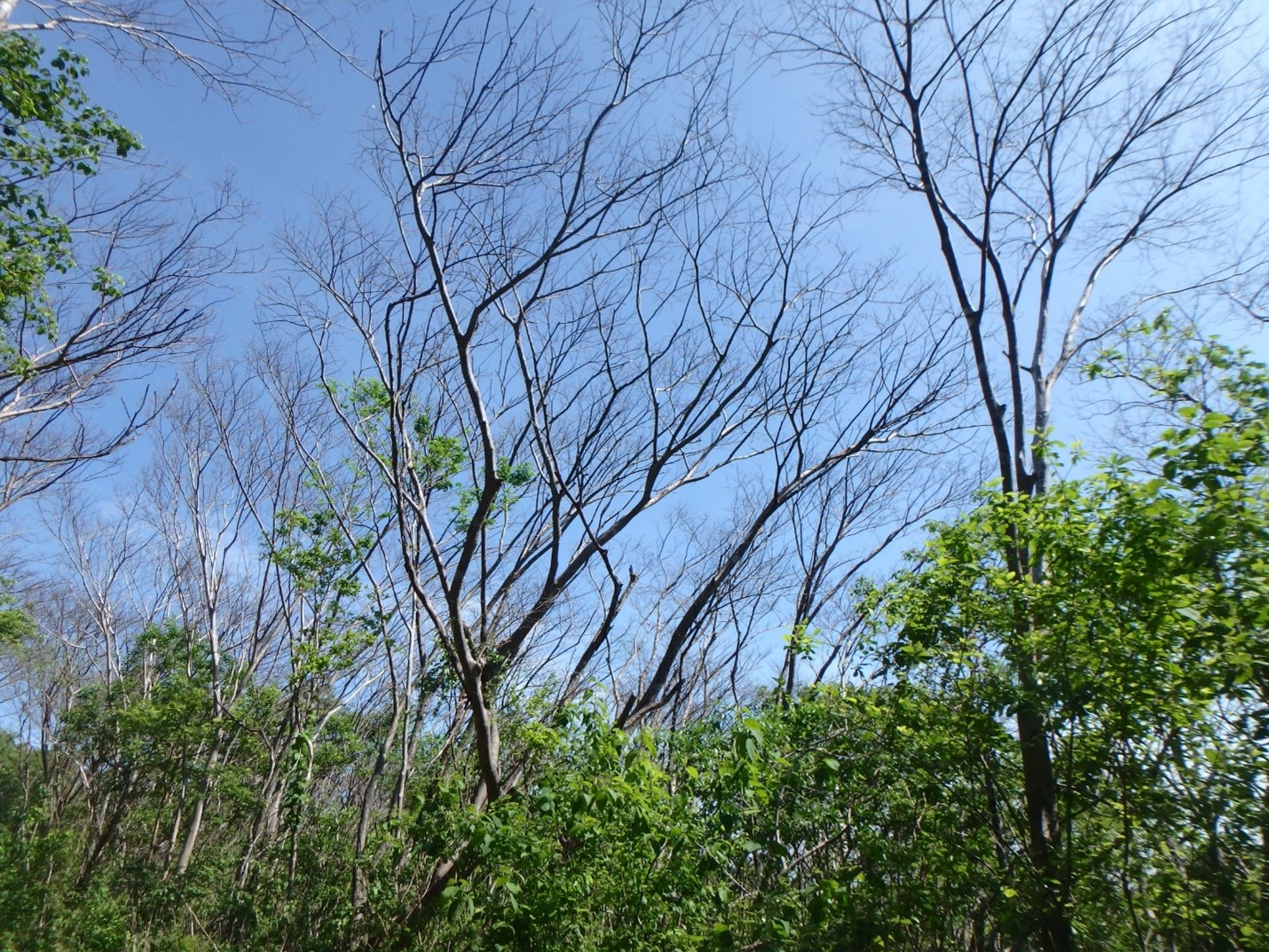 Trees in Palo Verde National Park, Costa Rica, which died as a consequence of the extreme drought caused by the 2015 ENSO.

Drought-related tree mortality may increase with future changes in rainfall. However, researchers lack a complete understanding of which trees and species are most vulnerable to drought. This project used long-term records of tree death and databases of functional traits and distribution patterns to understand the responses of 53 species to extreme drought in a seasonally dry tropical forest in Costa Rica. Mortality rates during the drought ranged from 0 to 34 percent among tree species. Hydraulic traits were best correlated with mortality rates. These results suggest which traits to measure to predict future changes in tropical forest composition.

While previous studies synthesized trait data and tree mortality through meta-analysis, this study is one of the first to investigate tree mortality in response to drought for a large number of tropical tree species. Even though it requires more effort to measure hydraulic traits, they best predict mortality rates among species. Results are being used to improve how tree mortality is modeled, and the data set from this study has already been downloaded 30 times from a digital archive.

Drought-related tree mortality is now a widespread phenomenon predicted to increase in magnitude with climate change. However, the patterns of which species and trees are most vulnerable to drought and the underlying mechanisms have remained elusive—in part due to the difficulty of predicting the location of catastrophic drought years in advance. This research used a 10-year record of tree mortality rates and extensive databases of functional traits and distribution patterns to understand the responses of 53 species to an extreme drought in a seasonally dry tropical forest in Costa Rica, which occurred during the 2015 El Niño Southern Oscillation event. In this biodiverse forest, species-specific mortality rates during the drought ranged from 0 to 34 percent and varied little as a function of tree size. By contrast, hydraulic safety margins were well correlated with probability of mortality among species, while soft traits such as wood density or specific leaf area were not. This firmly suggests hydraulic traits as targets for additional research and provides an approach to predict which species and forests will be vulnerable to future droughts.