Precipitation is as important a control on permafrost degradation as surface air temperature. 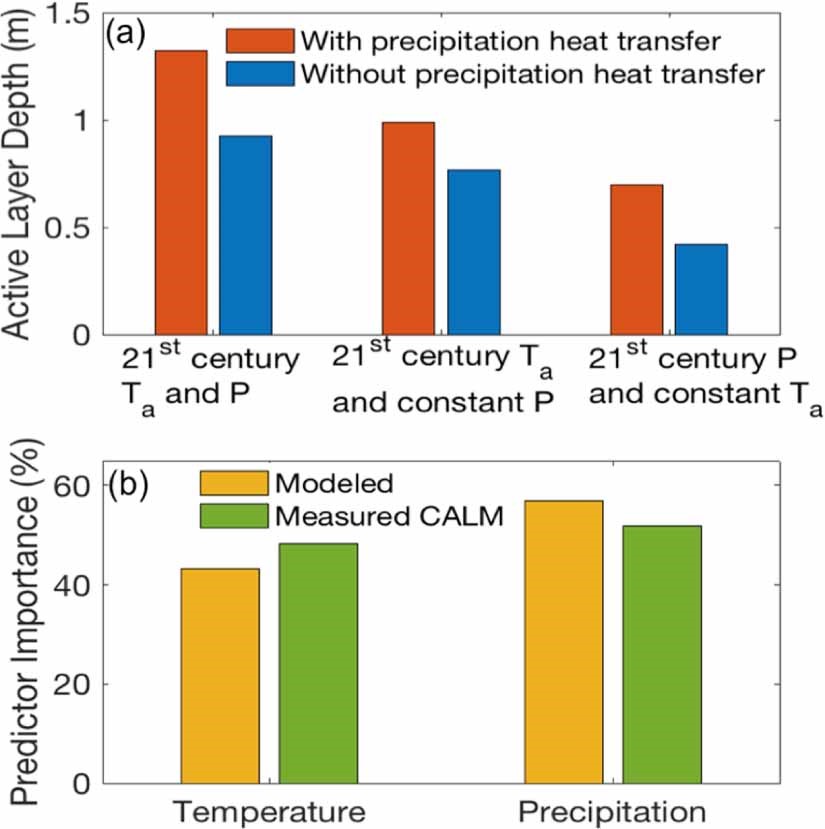 This research was supported by the Director, Office of Science, Office of Biological and Environmental Research, within the U.S. Department of Energy (DOE) under Contract No. DE-AC02-05CH11231 as part of the Next-Generation Ecosystem Experiments (NGEE)–Arctic project and the RUBISCO Scientific Focus Area. B.M. Rogers was funded by the National Aeronautics and Space Administration’s (NASA) Arctic-Boreal Vulnerability Experiment (ABoVE) and Carbon Cycle Science programs (NNX17AE13G).