Iron-bearing clays commonly found in soils and sediments can change mercury to a form easily emitted to the atmosphere. 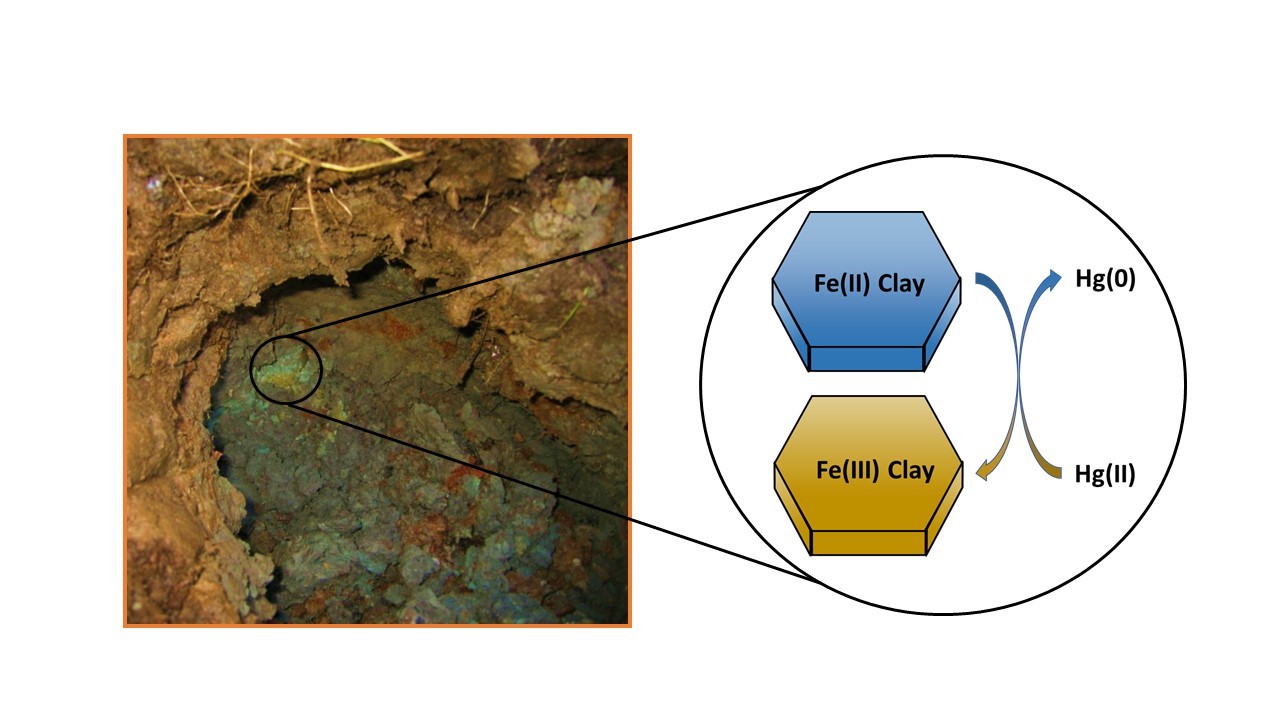 Mercury is a common pollutant in soils and sediments due to natural and man-made sources. Because of its toxicity to humans and wildlife, it is a major environmental concern. This research found that iron in sedimentary minerals can transform mercury(II) to volatile mercury(0).

The release of volatile mercury from soils and sediments is a critical process in the global movement of mercury; however, the transformation of mercury(II) (a form of mercury that tends to remain in the soil/sediment) to mercury(0) (a form that can escape the soil/sediment as a gas) is not well understood. It has been known that bacteria and other microorganisms can transform mercury(II) to mercury(0); however, this study shows that clay minerals commonly found in soils can also cause this transformation. This insight will help improve models of the global transport of mercury, thereby advancing efforts to protect human health and the environment.

Mercury is found in the environment due to release from volcanoes, mining activity, the burning of fossil fuels, and industrial and consumer use. As such, mercury is a common contaminant in many terrestrial and aquatic environments, and its bioaccumulation in organisms, including humans, is a major environmental concern. Mercury in the environment is present as either mercury(II), which tends to remain in soils/sediments, or mercury(0), which as a gas can escape into the atmosphere and be mobile on a global scale. Thus, the reduction of mercury(II) to mercury(0) in soils and sediments is a key control on its distribution between the atmospheric and aquatic/terrestrial reservoirs and on the overall biogeochemical cycling of mercury. The transformations between the two forms of mercury can be caused by microorganisms or by chemical reactions. Researchers used X-ray spectroscopic capabilities at the Advanced Photon Source at Argonne National Laboratory to show that iron(II) in clay minerals commonly found in soils/sediments can reduce mercury(II) to mercury(0), a previously unknown process in the biogeochemistry of mercury. This finding that clay minerals may play a role in the emission of mercury(0) from soils and sediments can lead to improved models of global mercury cycling and better protection of human health and the environment.

This study was funded as part of the Environmental System Science (ESS) program (formerly the Subsurface Biogeochemical Research program) of the Office of Biological and Environmental Research (BER), within the U.S. Department of Energy (DOE) Office of Science. This contribution originates from the ESS Scientific Focus Area at Argonne National Laboratory (ANL), a DOE Office of Science user facility, and used ANL resources. MRCAT/EnviroCAT beamline operations were supported by DOE and the MRCAT/EnviroCAT member institutions.