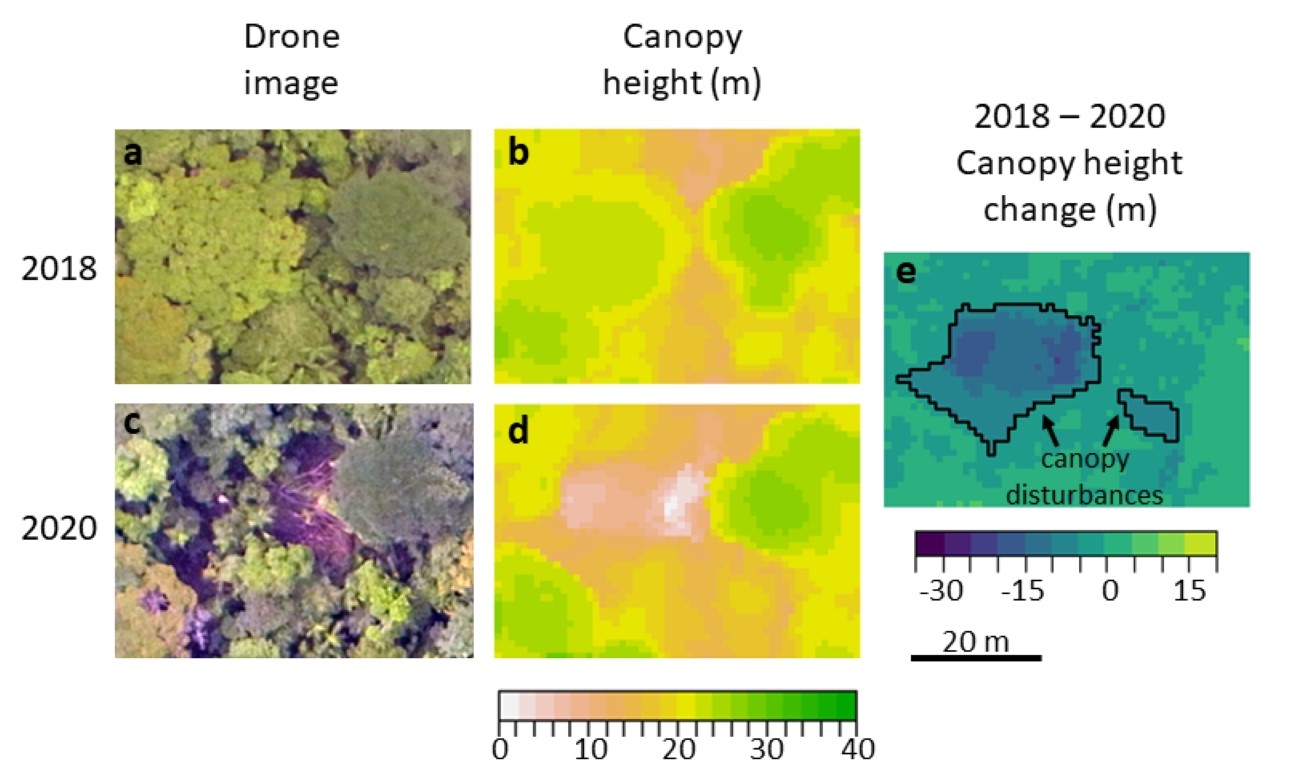 Example drone images (a, c), canopy height models (b, d), and canopy height change (e) from new canopy disturbances (e) due to treefalls between 2018 and 2020 on Barro Colorado Island, Panama.

Tree mortality is a major control over tropical forest carbon stocks globally, but the strength of associations between abiotic drivers and tree mortality within forested landscapes is poorly understood. Previous studies have shown that mortality rates are important for variation in standing biomass regionally and globally; this study shows that the same is true on a landscape scale for mature tropical forest and identify abiotic variables that control this variation.

This research was supported as part of the Next Generation Ecosystem Experiments–Tropics (NGEE–Tropics), funded by the Biological and Environmental Research (BER) Program within the U.S. Department of Energy’s (DOE) Office of Science. This research was also supported by the Smithsonian Institution Fellowship Program and the Carbon Mitigation Initiative at Princeton University. Data collection was supported by a Smithsonian Institution Competitive Grants Program for Science.