Leaf Respiration in the Amazon Forest

Impact of canopy position on light suppression of leaf respiration. 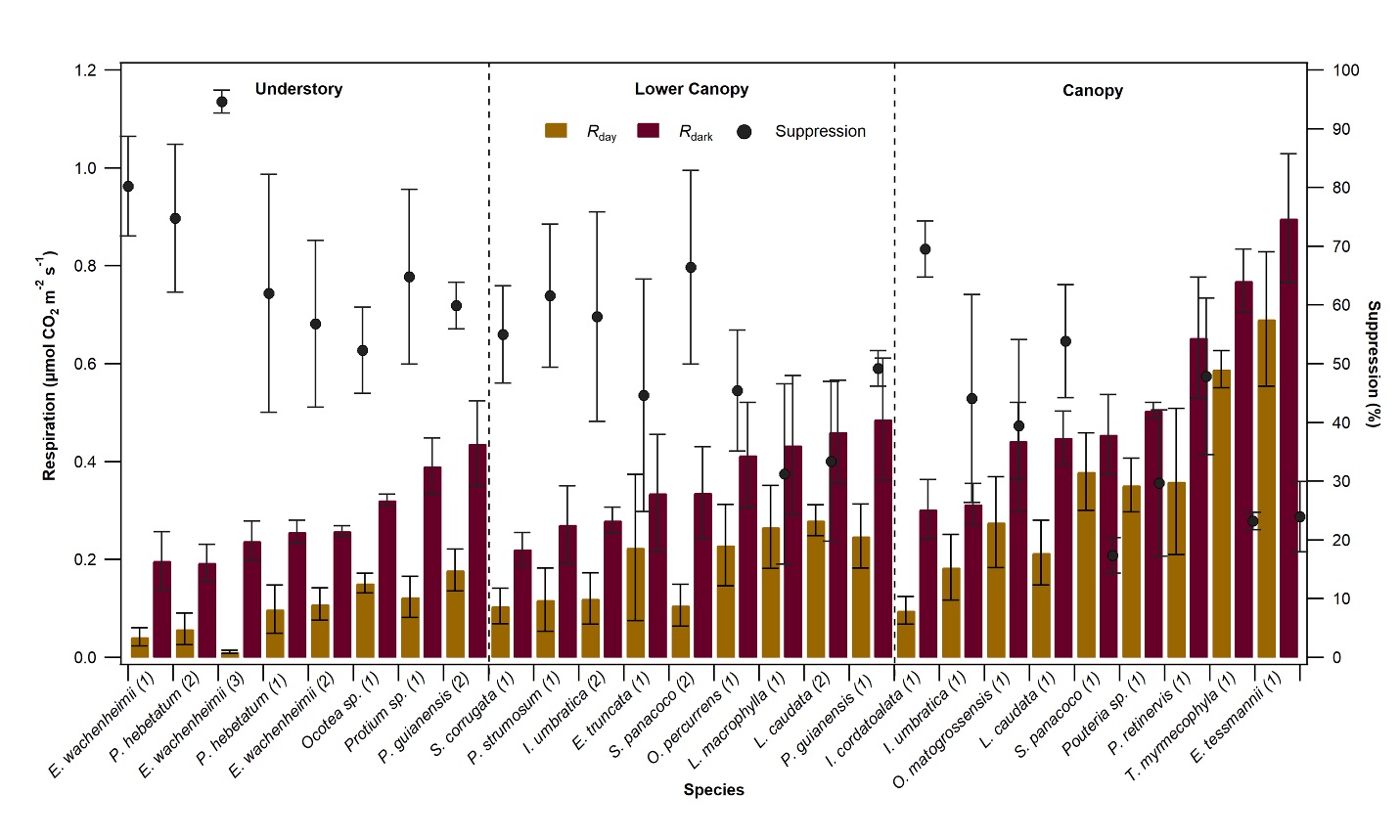 Leaf respiration contributes an estimated 50% of total plant respiration. But with few observations in the tropics, there is high uncertainty in the amount of leaf respiration, how it varies across common tree species as a function of height, and how light influences the respiratory process. This study shows that canopy position has an important influence on leaf respiratory rates and the degree of light suppression in tropical forests of the Amazon.

This study provides a better understanding of how leaf functional traits and their connections with the carbon cycle and energy metabolism vary in different environmental conditions. These findings highlight the importance of representing light suppression of leaf respiration in dynamic vegetation models aimed at predicting the future of tropical forests under climate change.

This research is based upon work supported as part of the Next Generation Ecosystem Experiments–Tropics (NGEE–Tropics) as a part of work package 1.4 (Autotrophic respiration) funded by the Biological and Environmental Research (BER) Program’s Environmental System Science program within the U.S. Department of Energy’s (DOE) Office of Science. Additional funding for this research was provided by the Brazilian Conselho Nacional de Desenvolvimento Científico e Tecnológico (CNPq).