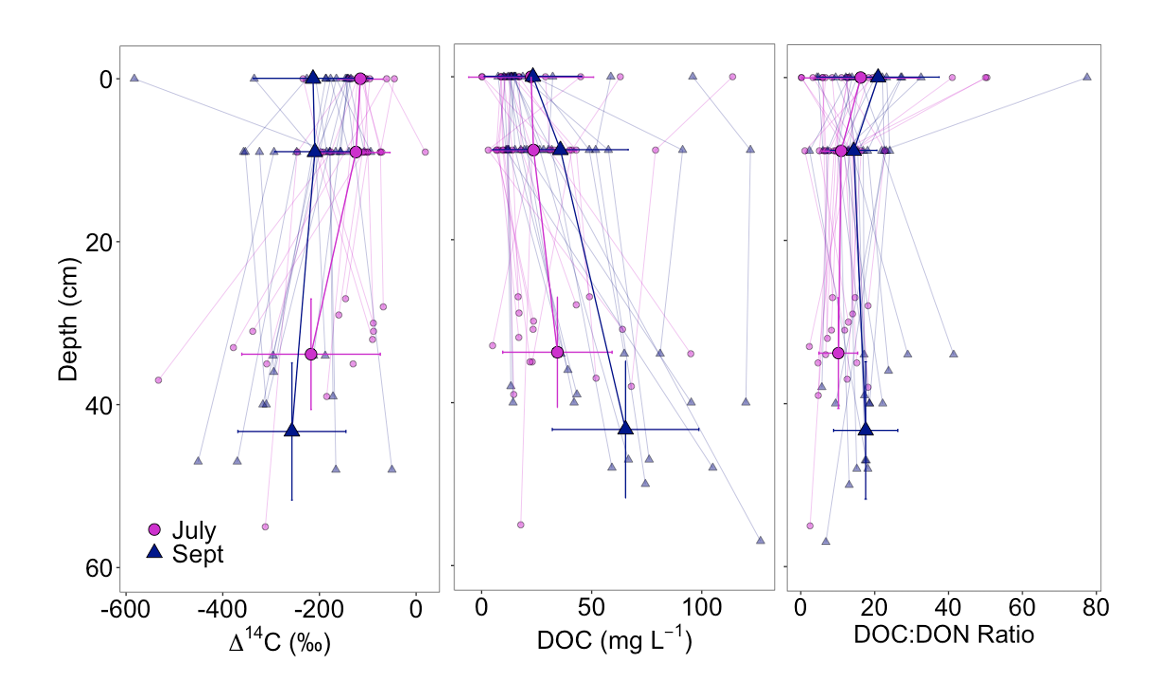 Planetary warming is increasing the seasonal thaw of permafrost, making this extensive and old carbon stock vulnerable to loss back to the atmosphere. A research team assessed the age and chemistry of dissolved organic carbon in surface and soil pore waters that were collected between July and September 2013 from drainages in the vicinity of Utqiaġvik in northern Alaska. The amount and age of this carbon increased as the thaw layer deepened over the summer. Indicators of carbon source and lability suggested this carbon was derived from soil organic matter throughout the summer in 2013 and that this carbon may fuel microbial respiration that contributes to carbon emissions.

Northern permafrost stores almost twice as much carbon as the atmosphere. Increased temperatures will make the extensive carbon stock vulnerable to decomposition and loss back to the atmosphere. This study illustrates the potential for increasing amounts of progressively older carbon to be mobilized with increasing permafrost thaw, which is expected with climate change. These findings also suggest a high potential for this carbon to contribute to greenhouse gas emissions as warming increases permafrost thaw.

This research is part of the Next-Generation Ecosystem Experiments—Arctic (NGEE—Arctic) project, which is supported by the Biological and Environmental Research Program within the Department of Energy’s (DOE) Office of Science (grant no. SCW1447).