Model results from a tropical forest in Panama highlight the important influence of topography and groundwater table on aboveground biomass of trees. 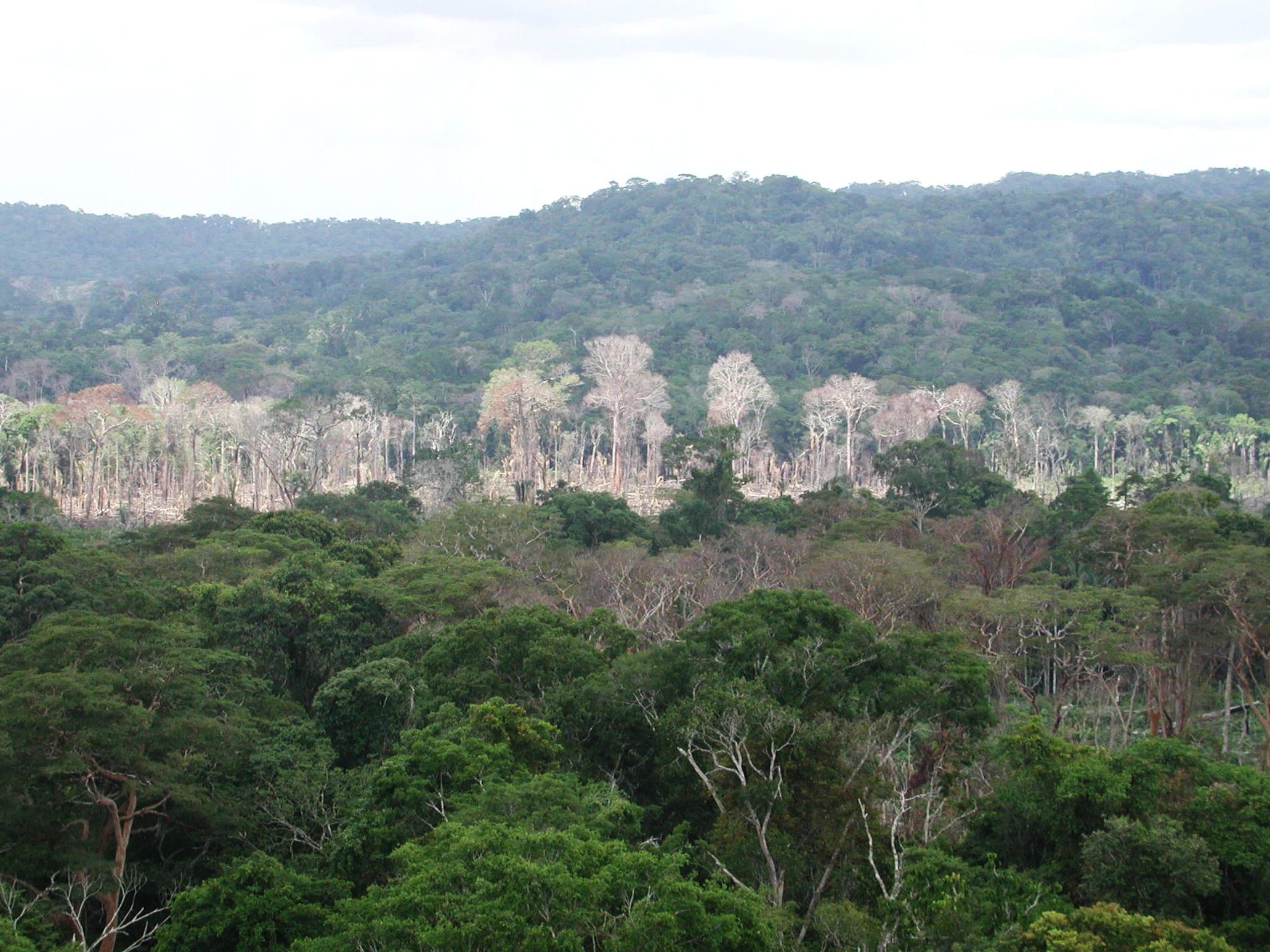 Trees are killed by droughts, as shown in this image of the Amazon rainforest in Brazil in September 2010.

Applying ELM-ParFlow-FATES at BCI, researchers show water table depth (WTD) can play a large role in governing AGB when drought-induced tree mortality is triggered by hydraulic failure, which is when plants cannot move water from roots to leaves. Spatial variations of simulated AGB and WTD can be well explained by topographic attributes, including surface elevation, slope, and convexity. Contrary to simulations, observed AGB in the well-drained 50-hectare forest census plot within BCI cannot be well explained by topographic attributes or observed soil water, suggesting factors like nutrient status, heterogeneity in soil property, and plant traits may have a greater influence on observed AGB. While highlighting the important topographic control on water availability and tree growth, the disagreement between the model and observation shown in this study indicates the need to consider interactions of nutrient, water, and soil properties in future studies.

The team developed a coupled model that integrates a 3D hydrology model into the Energy Exascale Earth System Model (E3SM). E3SM includes the Functionally Assembled Terrestrial Ecosystem Simulator (FATES) for vegetation dynamics. The new coupled model is a useful tool for understanding the diverse impact of local heterogeneity on vegetation dynamics and plant-water interactions. The model explicitly resolved hillslope topography and water flow underneath the land surface to understand how local-scale hydrologic processes modulate vegetation along water availability gradients. The team applied the model at BCI to simulate AGB variability. They found AGB is higher in wet areas than dry areas in the domain-wide simulations, and AGB decreases nonlinearly with increasing WTD when WTD is less than 10 m. The degree of AGB variability differs depending on how hydraulic-failure induced mortality is represented. Unlike the modeled AGB, the team was not able to find similar relationships between topography and WTD with the observed AGB. To support the findings, this study calls for more data collection, e.g., soil moisture, WTD, AGB, and plant traits such as wood density, across the hydrologic gradient. This study points to opportunities for improving understanding of hydrological and ecological processes using the newly developed coupled model combined with observations.

This research was supported as part of the Next-Generation Ecosystem Experiments-Tropics (NGEE-Tropics) project by the Biological and Environmental Research (BER) Program within the U.S. Department of Energy’s (DOE) Office of Science.