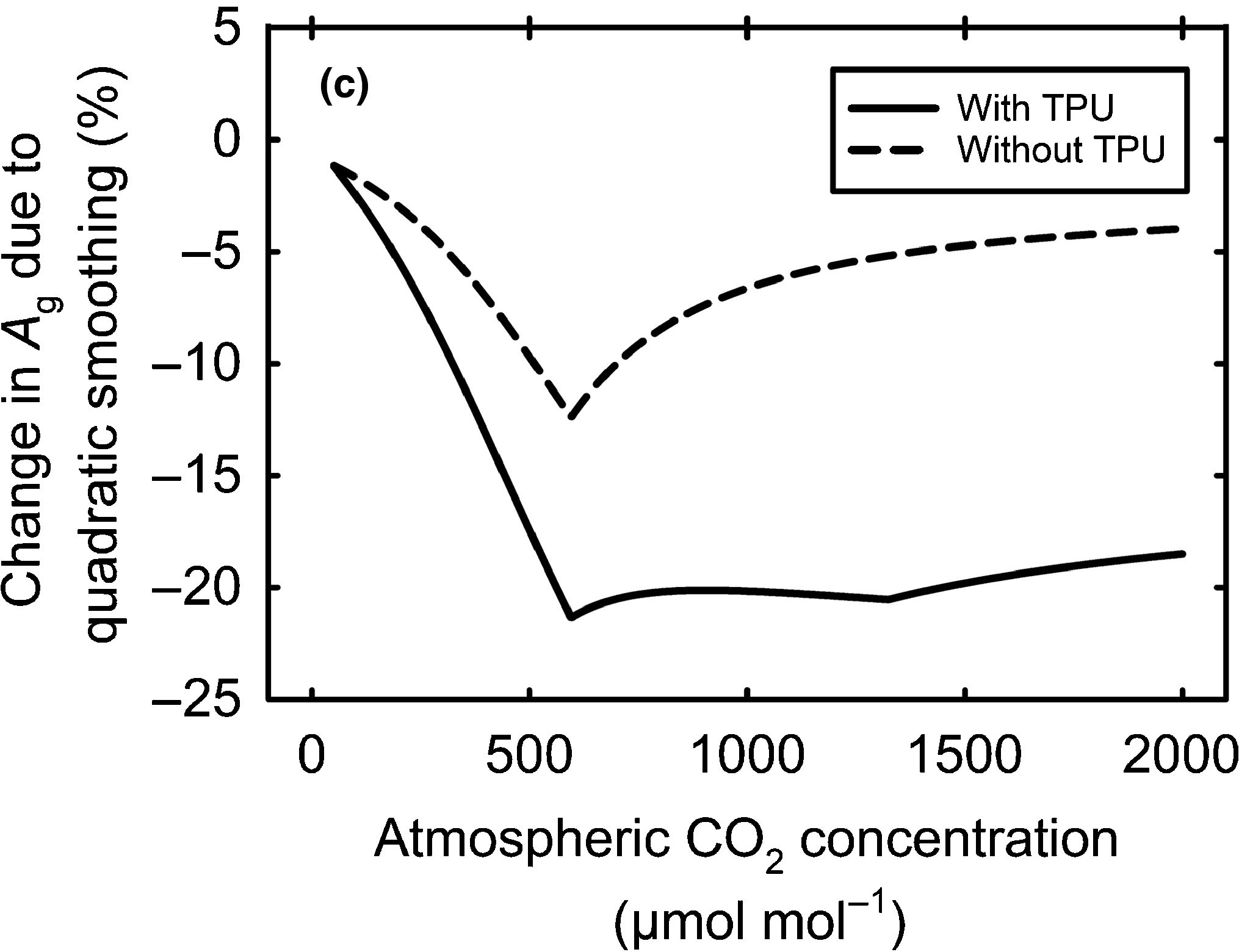 Terrestrial biosphere models (TBMs), used to project the response of ecosystems to global change, need to accurately represent photosynthesis, the assimilation of carbon dioxide (CO2) by plants. As the largest carbon flux on the planet, errors in model representation of this key process can have marked impacts on projected ecosystem CO2 exchange with the atmosphere. In TBMs the rate of photosynthesis is determined by three potentially limiting rates: fixation of CO2 by the enzyme RuBisCO; supply of energy from electron transport; and, in some models, use of the photosynthesis products, triose phosphates. The research team investigated model representation of this third potentially limiting process—triose phosphate utilization (TPU). They found that TBM representation of TPU was based on uncertain assumptions, failed to capture important response to temperature, and was associated with an artifact that caused a marked reduction of CO2 uptake and was rarely observed in nature. The researchers advocate for the removal of TPU limitation from TBMs.

The team found that TPU, a key process at the heart of many TBMs, was poorly represented in TBMs and that continued inclusion of TPU in TBM is not supported by current understanding and data. They found that inclusion of TPU limitation in TBMs resulted in unrealistic limitation of photosynthesis that in some models could lead to a marked reduction of CO2 uptake and poor representation of the response of photosynthesis to future global change.

This work brings together several recent lines of evidence and an examination of model representation of TPU that together strongly suggest that TPU should be removed from TBMs. Current formulations of TPU in TBMs are based on assumptions about the relationship between the capacity for carboxylation and the basal rate of TPU that are not based on measured TPU rates and do not account for the independent temperature response of TPU (Kumarathunge et al. 2019). TBM sensitivity analysis demonstrated a limitation of gross primary productivity by TPU at current CO2 concentration but most markedly at high CO2 concentration and at high latitudes (Lombardozzi et al. 2018). However, a synthesis of measurements clearly demonstrated that TPU did not limit CO2 assimilation at current CO2, even at high latitudes (Kumarathunge et al. 2019). In addition, it was recently demonstrated that most TBMs that include TPU also include a quadratic smoothing function of the three potentially limiting processes, introducing an artifactual forth limitation on photosynthesis and resulting in a marked reduction in modeled CO2 assimilation (Walker et al. 2021).

This work was supported by the Next-Generation Ecosystem Experiments (NGEE)–Arctic and NGEE–Tropics projects that are supported by the Office of Biological and Environmental Research within the U.S. Department of Energy’s (DOE) Office of Science.