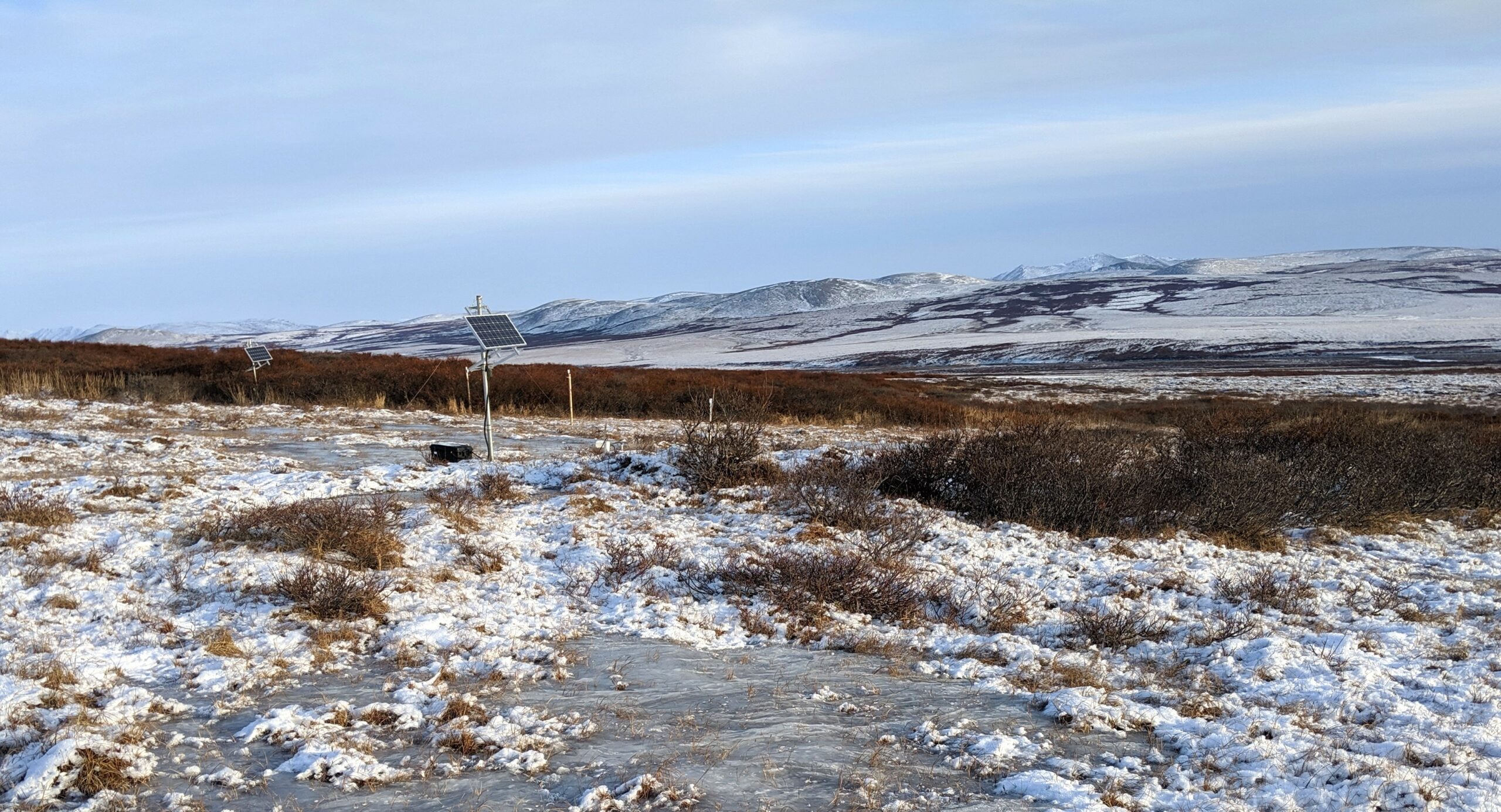 Vegetation cover, topography, snow depth, and ice accumulation vary across the watershed pictured here in the Seward Peninsula in Alaska. This watershed is the subject of intensive and multi-disciplinary investigation as part of the NGEE-Arctic project.

By advancing understanding of how landscape variability is created and structured, this research will help scientists monitor and predict ecosystem processes like soil temperatures, shrub growth, and carbon fluxes at larger scales. Identifying tight couplings between water, heat, and carbon cycles will help guide future efforts to understand how these ecosystems will be affected by climate change. Additionally, this work demonstrates that failure to account for small-scale variability in regional and global modeling efforts may lead to inaccurate and biased predictions.

Discontinuous permafrost environments are characterized by strong spatial heterogeneity at scales too small to be driven by weather forcing or captured by Earth system models. Using a global sensitivity analysis of ecosys, a process-rich terrestrial ecosystem model, researchers demonstrated that near-surface hydrologic processes create the observed heterogeneity in soil temperatures, vegetation composition, and carbon fluxes. In the sensitivity analysis, soil temperatures are more impacted by snow depth, O-horizon thickness, and near-surface water content, which vary at scales of 1m, than by an air temperature gradient corresponding to a 140 km north-south distance. Tall shrub growth, which is an important indicator of change in the region, is only observed in simulations with perennially unfrozen soils that are neither too wet nor too dry. While simulated net carbon balance was generally low, simulations with a near-surface water table or tall shrub growth had high net carbon uptake. The researchers showed that estimates of net carbon uptake for a watershed are 60% higher when the observed shrub distribution is considered. The results of this study can be used to advocate for higher-resolution measurements and improved model representation of landscape variability.

This research was supported as part of the Next-Generation Ecosystem Experiments-Arctic (NGEE-Arctic) project to Lawrence Berkeley National Laboratory, which is funded by the Biological and Environmental Research (BER) Program within the U.S. Department of Energy’s (DOE) Office of Science.