Why Does Ethylene, an Important Plant Hormone, Accumulate in Oxygen-Depleted Soils?

A newly discovered methionine biosynthesis pathway found in many bacterial species results in the production of ethylene and seems to be key. 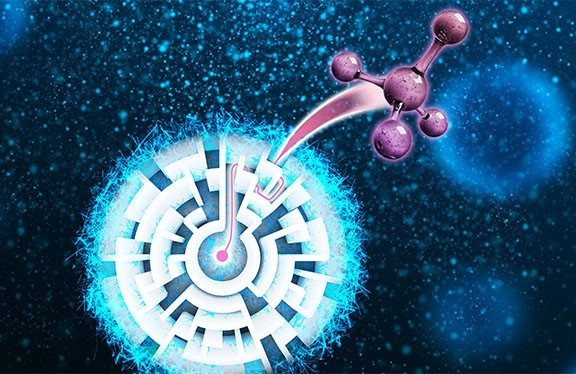 Soil microbes produce methane and ethylene, gases that affect soil and atmospheric conditions. Scientists have now identified a biochemical pathway in terrestrial and freshwater bacteria that generates these gases. This pathway, present in a number of species, uses a series of enzymes that function similar to an ancient class of proteins that process nitrogen gas. Instead of reducing nitrogen, this system reduces carbon-sulfur bonds in common volatile organic sulfur compounds, producing methane, ethylene, and the amino acid methionine, which is a protein building block.

This biochemical pathway is a previously unknown way that bacteria can influence gaseous conditions in the soil and atmosphere through natural metabolism under oxygen-free conditions. In soil, ethylene can restrict plant growth, and methane in the atmosphere affects climate. This new pathway could also explain the long-standing mystery of the origins of ethylene production in oxygen-depleted soils. Early attempts to isolate ethylene-producing microbes from these soils only revealed bacteria that required oxygen to grow.

To identify this new metabolic pathway, a team of scientists from multiple universities and two national laboratories grew freshwater bacteria in soil under oxygen-free conditions where they were known to produce ethylene. Then the scientists compared protein levels in these bacteria to the same microbes grown under conditions that suppressed ethylene production. Proteins with some of the highest abundance increases had unknown function, yet they were encoded by several gene clusters that resembled genetic information for nitrogen-fixing enzymes.

To identify the function of the abundant proteins, scientists used genetic engineering to delete all the genes in each cluster and sequentially re-introduce them to the bacteria. They fed bacteria known molecular precursors to methane and ethylene production. With each genetic addition, the scientists monitored bacterial growth and gas production to see which proteins were key to metabolism.

At the Environmental Molecular Sciences Laboratory (EMSL), scientists used Cascade, a high-performance computer, to calculate the energy required to convert various sulfur-containing molecules to metabolites with methane and ethylene as additional products. They found all the reactions were thermodynamically favored and consistent with experimental results, helping to verify the molecular mechanisms. This work was part of the Biogeochemical Transformations Integrated Research Platform at EMSL, an Office of Science user facility.