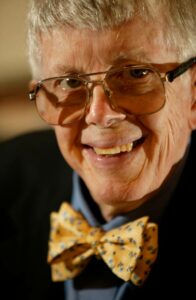 “Science is like a monastery where we work as replaceable unknowns on the manuscript that is the ever-deepening view of the majesty of interactions in this incredible universe.”

David C. White was a friend, colleague, scientific leader and a founding investigator of the former DOE Subsurface Science Program (SSP) who passed away October 25, 2006. David is survived by his wife Sandy, three children and ten grandchildren. David is remembered as an exciting, thought-provoking, altruistic mentor, the developer and leader in the field of lipid signature biomarkers, and a true leader in interdisciplinary science. David graduated from Dartmouth College in 1951 with majors in Chemistry and Geology and he completed an M.D. at Tufts University in 1955. After serving in the U.S. Navy Medical Corps, he earned a Ph.D. in Biochemistry from Rockefeller University. In 1972 he rose to a Professor of Biochemistry at the University of Kentucky Medical Center. He served as Professor in the Department of Biological Sciences and as Associate Director of the Program in Medical Sciences at Florida State University from 1973 to 1985. In 1986 David became a University of Tennessee (UT) and Oak Ridge National Laboratory Distinguished Scientist and Professor of Microbiology. From 2000 he was the Director of the UT Center of Biomarker Analysis. Decades before molecular biology tools were available his laboratory was monitoring cellular lipid constituents as indicators of biomass, viability, diversity, and metabolic capacity.

David’s early research focused on electron transport machinery. In the early 1960s, he and collaborators demonstrated cytochrome-based electron transport in a strict anaerobe, the discovery that hemes were required for its growth and roles for quinones. In 1967 he published his first paper on microbial fatty acids and the next 40 years brought, in his words, “…the power of quantitative analytical chemistry to microbial ecology.” Specifically, David developed and led the field of signature lipid biomarkers and trained many of the world’s lipid chemists. In 1972 David relocated from Kentucky to Florida State University (FSU), where he developed clinical studies for the Program in Medical Sciences. He established a free clinic in the basement of a church to treat patients suffering from diabetes and hypertension where first year medical students were exposed to clinical practices. While at FSU, David received the Winzler Award in 1977, 1978, 1979 and 1981 for outstanding teaching at the FSU Program in Medical Science. Student compliments included that David “…presented his knowledge as a precious gift rather than a burden to bear.” He also taught a popular non-major biology course with more than a thousand students, so large it was convened in the university opera house. At Tennessee, his lab expanded its ecological focus to include biofilms, corrosion, subsurface science, bioremediation and life in extreme environments. DC commented that, “no matter where I have looked on this planet, consortia of microbial life are scratching out a living by working together.” In later years, David’s research returned to the medical arena, where he pursued development of rapid methods for detecting indications of microbial infections using mass spectrometry, including analysis of breath. 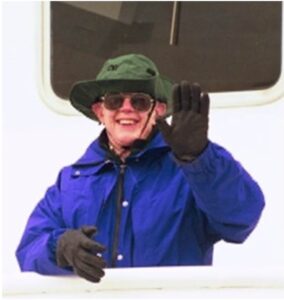 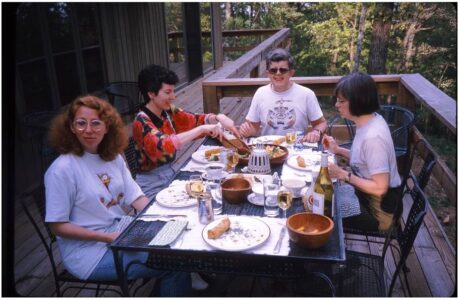 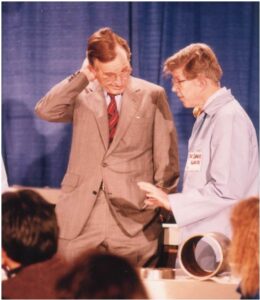 David published 560 peer-reviewed articles with scientific breadth represented in >125 different journals. By 2015, his works had been cited more than 20,000 times with an h-index of ~74 and 40 of his papers with >100 citations. David was a member of twenty professional societies and a founding Editor-in-Chief of the Journal of Microbiological Methods. He also served as a Founding Editor for Environmental Microbiology. David took considerable pride in providing “a milieu for close interdisciplinary interactions between analytical chemists, molecular biologists, and microbial ecologists in research directed at the interactions of microbes in complex environments.” DC White was the major professor for 20 Ph. D. students with many more performing their research in his laboratory, and another 20 who received their MS degree. He trained more than 30 postdocs and scores of technicians as well as countless visiting researchers, many of whom stayed with Sandy and him.

DC White provided service to many advisory committees, boards, or panels for the National Academy of Sciences, U.S. Navy, U.S. EPA, NSF, NASA, American Water Works Association, National Water Research Institute, and numerous programs for DOE. David also served on the Scientific Board of Inquiry at the Princeton Theological Seminary. He received DOE certificates of appreciation in 1986 and 1989 for his leadership in the Subsurface Science Program. David was a Fellow in the American Academy of Microbiology and the American Association for the Advancement of Science. In 1977 he received the U.S. EPA Scientific and Technological Achievement Award for pioneering lipid biomarkers. He was the recipient of the 1993 Proctor and Gamble Award in Applied and Environmental Microbiology as well as the 1995 Athalie Richardson Irvine Clarke Prize for the National Water Research Foundation. Typical of David, the monetary award from the Clarke Prize was donated for upgrading a mass spectrometer. Longtime collaborator David Ringelberg recalled DC White joking, “one day I’m going to line my driveway with mass specs.” Applying lipid interrogation tools to low biomass environmental samples, his laboratory could find evidence of microorganisms at densities as low as 1000’s of microorganisms per gram. The lipid methodologies DC White developed have stood the test of time for monitoring biomass and microbial community structure.