John delivering a lecture at the E.O. Lawrence Award ceremony in 2007.

Our friend and colleague, Dr. John Zachara, passed away at the age of 69 on June 1, 2021, after an extended battle with a rare form of leukemia called BPDCN, or blastic plasmacytoid dendritic cell neoplasm. John is survived by his wife Dawn, four children, and seven grandchildren.

John spent his entire scientific career – from 1979 until his retirement in 2016 – at Pacific Northwest National Laboratory [PNNL] in Richland, Wash. In 2010 John became a Battelle Fellow, an esteemed position at PNNL awarded to less than one-half percent of the scientists at that institution.  As his career developed, John became a leader of larger and more complex projects and was called upon to consult on existing and new areas of science by DOE’s Biological and Environmental Research (BER) program and by colleagues and institutions worldwide. John was an early leader in BER’s subsurface science research serving as the program’s Principal scientist from 1994 to 1998, a role that included coordinating contaminant biogeochemistry research projects conducted by other national laboratories and universities across the country.  He served as a member of the National Academy of Science/National Research Council study panel on “Intrinsic Remediation of Groundwater” from 1997 to 1999 and was lead scientist for the Hanford Groundwater-Vadose Zone Integration Project from 1999 to 2007. He co-chaired the “Complex Systems Science for Subsurface Fate and Transport” workshop in 2009 that provided the foundation for BER adopting a systems science approach across multiple research programs [https://ess.science.energy.gov/complex-systems-workshop/]. He served as Associate Director of the DOE/BER Environmental Molecular Sciences Laboratory (EMSL) User Facility at PNNL (https://www.emsl.pnnl.gov/) from 1999 to 2003 and was co-coordinator of EMSL/PNNL’s science grand challenge in biogeochemistry3 from 2004 to 2007. As an extensive user of EMSL capabilities in his science, John was invited to give at keynote address at EMSL’s 20th Anniversary Celebration in 2017 (https://youtu.be/EDERqUR7FRY). From 2007 to 2012 he was the Principal Investigator for the BER-funded Integrated Field Research Challenge (IFRC) project at the Hanford Site, and from 2010-2017 he was the co-PI for the BER-funded Science Focus Area (SFA) project. These are but a few examples of the many leadership roles John served in over the course of his career. 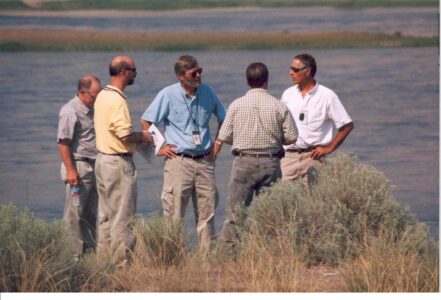 John performed extensive research on geochemical, biogeochemical, and hydrologic processes that control the concentrations, fate, and transport of organic, metal, and radionuclide contaminants in soil and subsurface environments. His research ranged from fundamental surface chemical and spectroscopic studies of mineral and microbial suspensions in the laboratory, to the development of multi-process environmental reaction and transport models, to comprehensive studies of solute mobilization and transport in the field. For those of us who knew John well and had the good fortune to work closely with him we never ceased to be amazed by the breadth of his knowledge of environmental science and his laser-like focus on identifying and resolving key science issues. Many of us who worked with John believed that among all the various awards and fellowships that could be bestowed upon us, the highest honor was being able to work closely with him. For young scientists, such as Dr. Xinguan Chen, it was career changing when he would take you under his wing.

The following are a few examples where John was not simply a co-author but led the research and writing that integrated the contributions from other scientists across various subdisciplines: 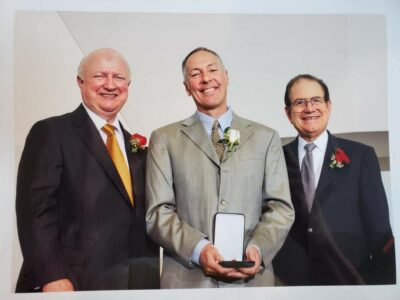 John was awarded the E.O. Lawrence Award in 2007 from the Department of Energy for seminal contributions to understanding geochemical and microbiologic factors that are critical to the fate and transport of metals and radionuclides in the environment.  This award is one of the most prestigious given by DOE’s Office of Science and is in recognition of exceptional scientific achievement related to the missions of DOE and its programs.  John’s studies of how toxic metals and radionuclides travel in the subsurface directly contributed to the resolution of many unique and challenging technical problems at DOE’s Hanford Site in Washington state. 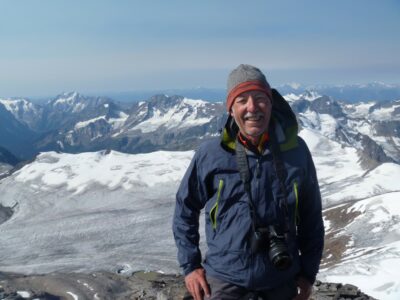 In 2016 John (and friend Jim Fredrickson) completed the Ptarmigan Traverse, a classic high alpine route, in the North Cascades of Washington state.

John will be remembered as a preeminent geoscientist, leader, Battelle Fellow, runner, hiker, golfer, horticulturist, epicure, fiddle player, photographer, and above all, a loving husband and father and doting grandfather. John was also an accomplished skier and mountaineer, having summited numerous peaks and skied many pristine slopes across the mountains of the Pacific Northwest and Western Canada. He was most at home in these alpine regions and had extensive knowledge of their geography, geology, plants, and animals. He will be greatly missed by all of us who were fortunate enough to call him colleague and friend. 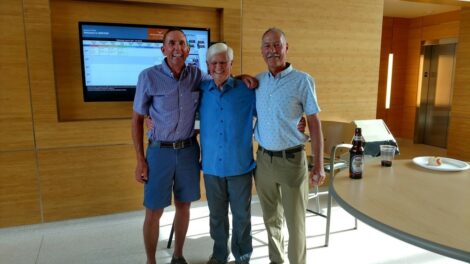