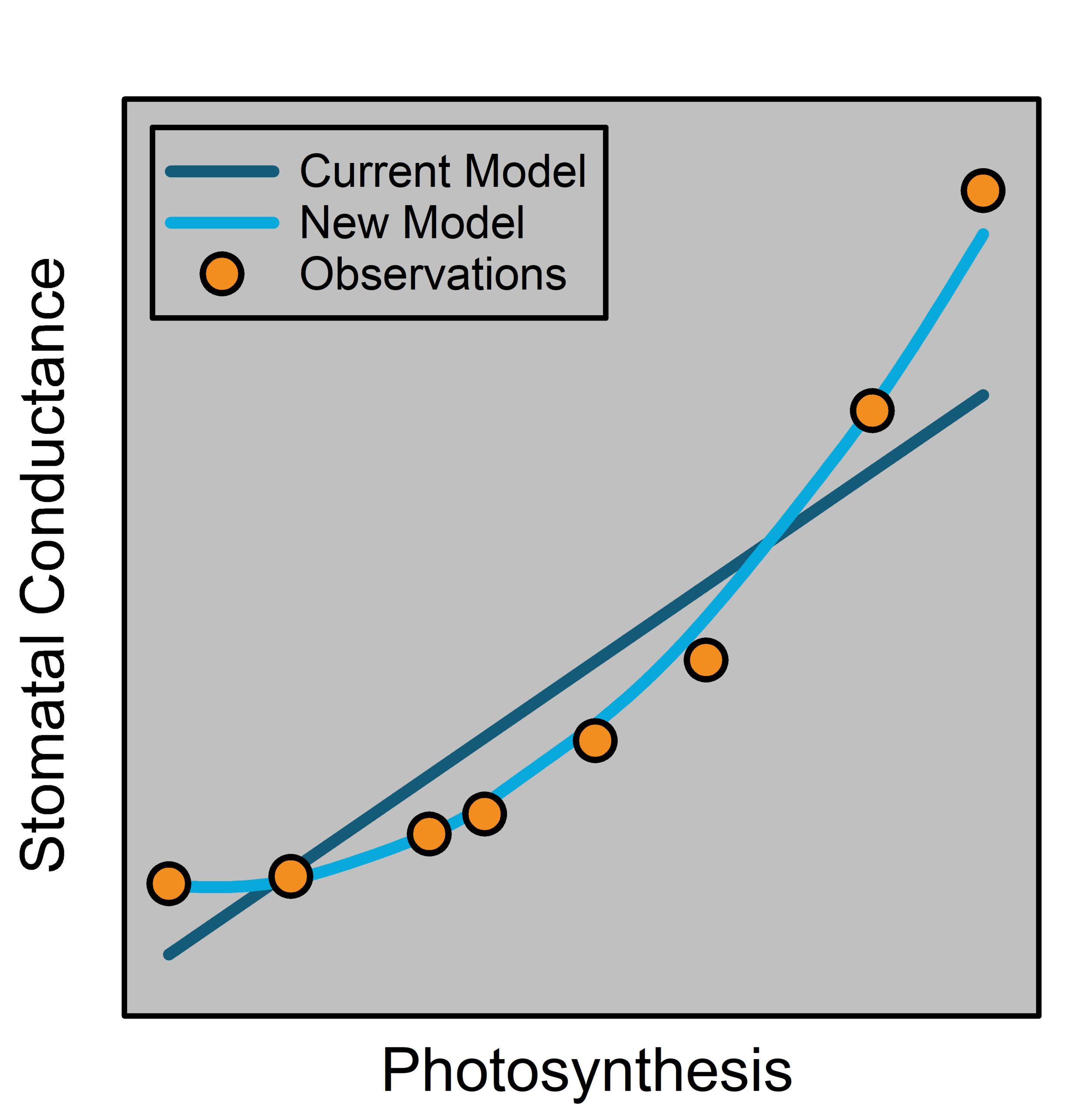 Current stomatal models assume a linear relationship between stomatal conductance and photosynthesis for given environmental conditions. Data from this study challenges this assumption, and this new model does a better job representing the data.

[Reprinted with permission from Lamour, J., et al. “An Improved Representation of the Relationship between Photosynthesis and Stomatal Conductance Leads to More Stable Estimation of Conductance Parameters and Improves the Goodness-of-Fit Across Diverse Datasets.” Global Change Biology 28(11), 3537–56 (2022). DOI: 10.1111/gcb.16103.]

Stomata play a central role in plants by controlling the exchange of water vapor and carbon dioxide (CO2) with the atmosphere. Researchers with the Next-Generation Ecosystem Experiments-Tropics (NGEE-Tropics) measured the response of stomatal conductance and photosynthesis in six tropical species at different leaf ages. Contrary to current model assumptions, data from this study showed that the response of stomata to photosynthesis was non-linear and accounting for non-linearity resulted in a notable impact on model simulations of CO2 and water vapor fluxes.

Earth system models represent the exchange of CO2 and water vapor with models of stomatal conductance. The key parameter in stomatal models describes the water use efficiency of vegetation and, in current models, is the slope of an assumed linear relationship between stomatal conductance and photosynthesis for given set of environmental conditions. This research found that this assumption of linearity was false and developed an improved representation of stomatal conductance. The proposed model accounts for the non-linearity and enables robust parameterization of water use efficiency across a range of environmental conditions.

This work was supported by the Next-Generation Ecosystem Experiments-Tropics (NGEE–Tropics) project that is supported by the Biological and Environmental Research (BER) Program within the U.S. Department of Energy’s (DOE) Office of Science. This work was also supported through DOE Contract Nos. DE-SC0012704 to Brookhaven National Laboratory and DE-SC0018277.