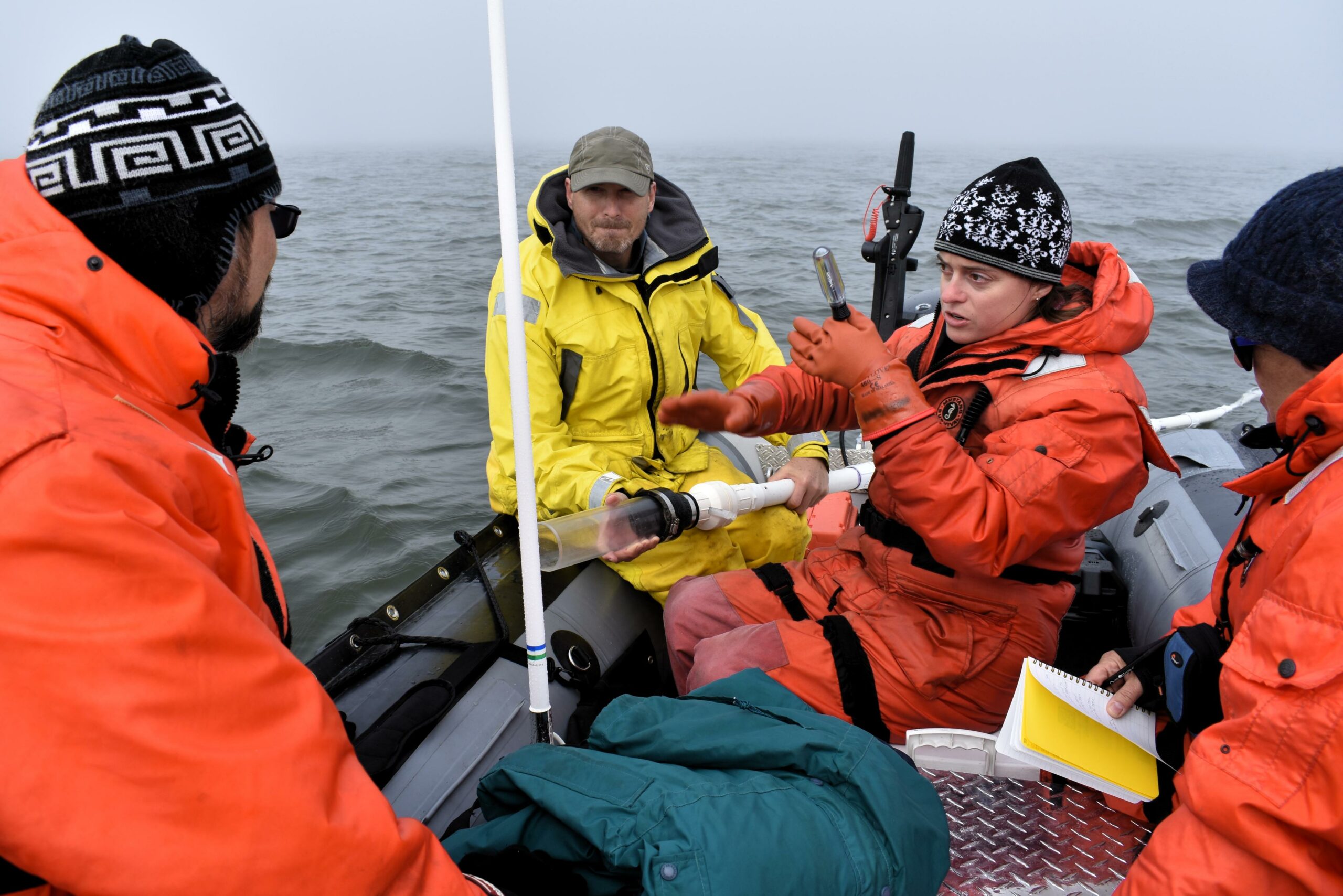 Arctic rivers export large amounts of freshwater to coastal waters. The water is rich with organic matter. Mobilization and land-to-ocean transfer of dissolved organic carbon (DOC) in Arctic watersheds is linked with the region’s climate and water cycle, which is at risk of changing as a result of a warming climate. In this research, scientists applied a modeling framework to simulate dynamics of permafrost hydrology, DOC leaching, and river loading. Results revealed a marked east-west gradient in simulated spring and summer DOC concentrations of 24 river basins on the North Slope of Alaska. These findings are consistent with independent river sampling data. Nearly equivalent loading occurs to rivers which drain north to the Beaufort Sea and west to the Bering and Chukchi Seas.

This research improves understanding of the Arctic’s carbon cycle; the way that carbon is transferred between the land, ocean, and atmosphere. The modeling framework provides a basis for understanding carbon export to coastal waters and for assessing impacts of water cycle intensification and permafrost thaw with ongoing warming in the Arctic. It can help to refine baseline magnitudes and better understand how global warming is altering the Earth’s carbon cycle.

Arctic rivers transfer a relatively large amount of freshwater to the Arctic Ocean compared to other oceans. These rivers contain organic carbon dissolved in the water, with the bulk arriving during the high flow in spring that follows snowmelt. Because evidence shows that climate warming is thawing permafrost and resulting in more carbon traveling through rivers to the Arctic Ocean, it is important to understand how much enters river networks from soils. To estimate how much dissolved organic carbon is loaded to rivers in the western Arctic over the period 1981 to 2010, scientists used a computer model designed to capture the seasonal thawing and freezing of Arctic soils and seasonal snowpack accumulation. For northern Alaska rivers, the simulation shows a gradient in dissolved organic carbon concentration from the east side to the west, similar to the pattern in independent data derived from river measurements. These new estimates suggest that roughly equivalent amounts of dissolved organic carbon are loaded to rivers which empty north to the Beaufort Sea, and west to the Bering and Chukchi Seas. Ultimately, the modeling provides an enhanced understanding of how climate change impacts flows of water and carbon into the Arctic Ocean.

This work was supported by the U.S. Department of Energy’s (DOE) Office of Biological and Environmental Research (grant no. DE-SC0019462); the National Aeronautics and Space Administration (grant no. 80NSS-C19K0649); and the National Science Foundation’s (NSF) Division of Polar Programs (grant no. NSF-OPP-1656026).