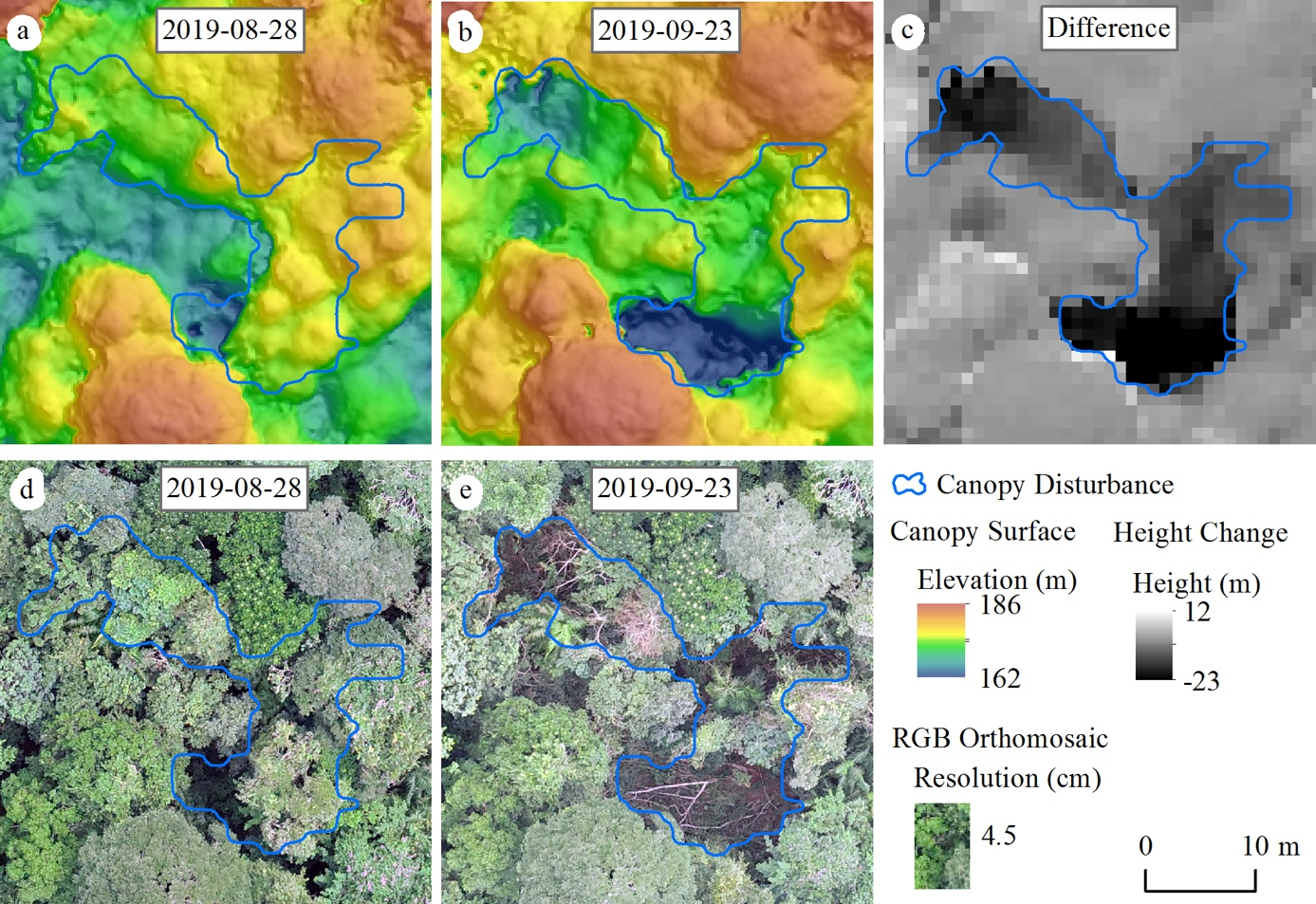 Moist tropical forests account for 40% of global biomass carbon stocks, and uncertainty regarding the future of these stocks is a major contributor to uncertainty in the future global carbon cycle. A mechanistic understanding of how tropical tree mortality responds to climate variation is needed to predict current and future carbon cycling in tropical forests under climate change. These findings demonstrate the utility of repeat drone-acquired data for quantifying forest canopy disturbance rates at fine temporal and spatial resolutions, thereby enabling robust tests of how temporal variation in disturbance relates to climate drivers.

A mechanistic understanding of the controls on woody residence time in tropical forests is urgently needed to predict the future of tropical-forest carbon stocks and biodiversity under global change. Researchers used drone-based imaging of 50 ha of old-growth tropical forest for 5 years to quantify major drops in canopy height such as those created by branchfalls and treefalls, and thus determine the temporal variation of canopy disturbances and climate correlates. Canopy disturbance rates varied strongly over time and were higher in the wet season, even though windspeeds were lower in the wet season. The strongest correlate of monthly variation in canopy disturbance rates was the frequency of extreme rainfall events. Treefalls accounted for 74% of the total area and 52% of the total number of canopy disturbances. These findings suggest  that extremely high rainfall is a good predictor of canopy disturbance because it is an indicator of high wind speeds as well as saturated soils that increase uprooting risk.

This research was part of the Next Generation Ecosystem Experiments–Tropics (NGEE–Tropics) and was funded by the Office of Biological and Environmental Research (BER) within the U.S. Department of Energy’s (DOE) Office of Science; the Smithsonian Institution Competitive Grants Program for Science; and the Smithsonian Tropical Research Institute fellowship program.