Do Summer Monsoons Matter for Streamflow in the Upper Colorado River?

Where and when water enters a basin determines if it adds to streamflow. 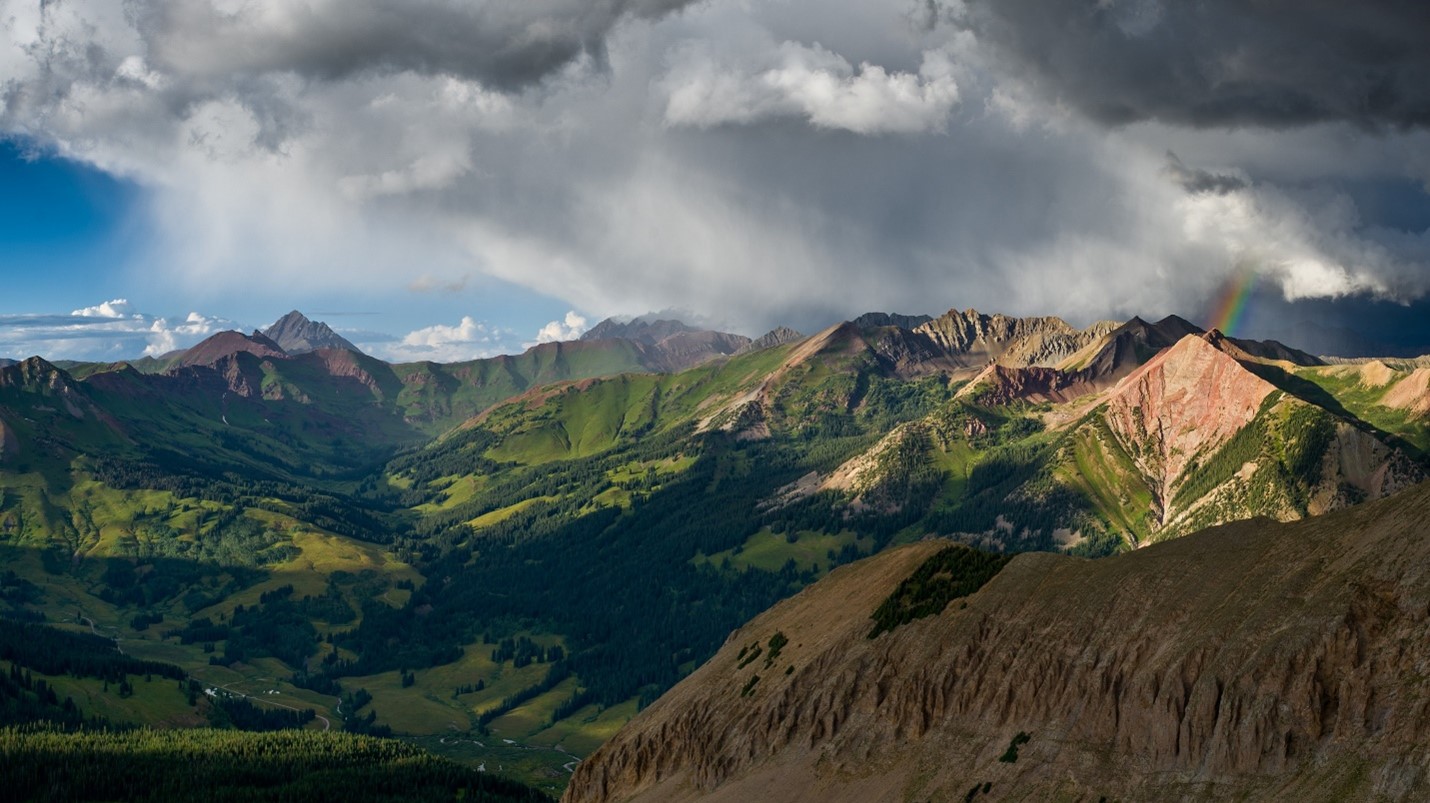 In snow-dominated western watersheds, summer monsoon rains can provide significant rainfall, but these inputs do not always translate into significant streamflow. Scientists used a hydrological model to examine how efficient monsoon rains were at producing streamflow over several decades. Results showed monsoon rains produced half the amount of streamflow compared to spring snow of the same water input. Streamflow increases from rain were limited to high elevations and strongly influenced by temperature and the previous season’s snowpack. Understanding the dynamics between snow, rain, and streamflow in these western watersheds is important, particularly given a warmer future with less snow.

The study found that where rain falls within a Colorado River headwater basin strongly effects whether that rain makes it to the stream. Rain falling in the upper elevations, where water is plentiful soils are thin, and vegetation is sparse, added to streamflow. In the lower elevations, dense conifer and aspen forests consumed much of the additional water provided by the monsoon rain to limit its impact on streamflow. Summer rains produced more streamflow in cooler years and those years with a lot of snow. These complex dynamics mean that even strong summer rains cannot fully replenish water from lost snow. In a warmer future, summer rains are likely to produce less streamflow, adding to water challenges caused by decreasing snowpack.

A data-modeling framework indicates summer rains occur when atmospheric demand for water is high, soil moisture is waning, and the bulk of rain serves to moisten very dry soils and does not generate streamflow. Instead, water is quickly consumed by vegetation, with the largest increases in plant consumption of water by aspen and conifer forests. As a result, streamflow contributions from rain are half those generated by equal amounts of spring snowfall that occur when atmospheric water demand is low and soils moisture is high. Most of the rain-generated streamflow occurs at higher elevations in the watershed where soil moisture storage, forest cover, and energy demands are low. Mean elevation is the single most important predictive metric of the ability of summer rain to generate streamflow in the East River, and extrapolation estimates across the Upper Colorado River Basin indicate that streamflow generation from monsoon rains, while limited to only 5% of the region by area, can produce substantive streamflow. Interannual variability in monsoon efficiency to generate streamflow declines when snowpack is low and aridity is high. This underscores the likelihood that the ability of monsoon rain to generate streamflow will decline in a warmer future with increased snow drought.