New Calculations for Photosynthesis Measurement Systems: What’s the Impact for Physiologists and Modelers?

A new theory could replace calculations in photosynthesis measurements systems. Scientists analyzed the consequences for plant physiologists and modelers. 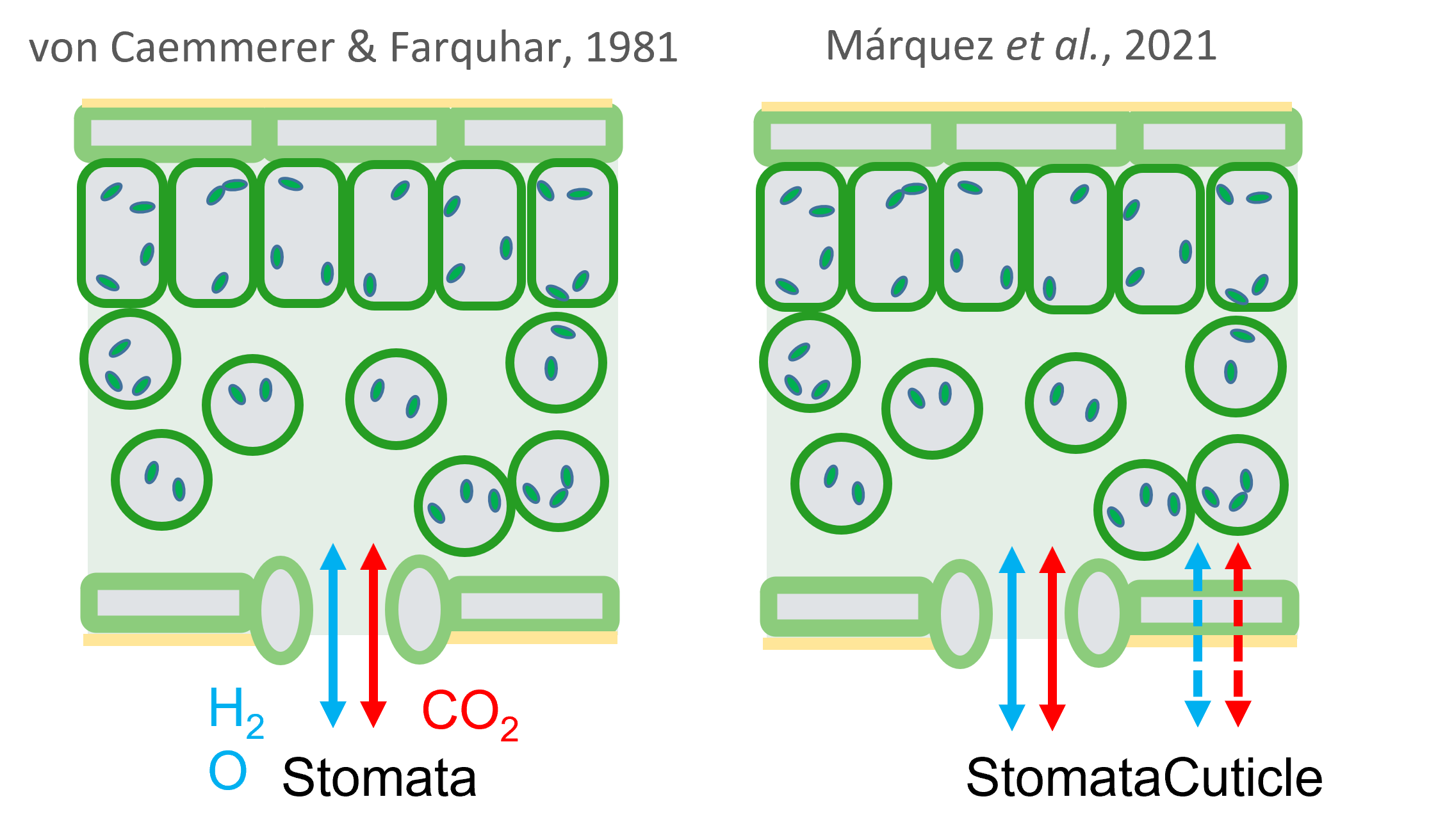 Forests capture atmospheric carbon dioxide and transpire a large amount of water vapor. Models used to project the effect of climate change on forests rely heavily upon data and understanding gathered by leaf-level measurement of photosynthesis. Recently, a new theory has improved the calculations underlying instrument operations for photosynthesis measurements. A team of researchers from Brookhaven National Laboratory set out to assess the effect of those new calculations on the measurements themselves, and on the models that are end-users of that data.

Researchers discovered that the new calculations will modify the estimation of a key physiologic variable, the concentration of carbon dioxide inside the leaf. This modification will improve estimates of other key photosynthesis variables at the leaf level. Ultimately, the new calculations could change projections of forest carbon dioxide uptake and water vapor release, particularly during drought.

Researchers analyzed the effect of the new theory presented by Marquez et al. (2021) on measurements of gas exchange variables by photosynthesis measurement systems. The new theory now includes representation of the cuticular conductance pathway, which was not considered in the previous theory by von Caemmerer and Farquhar (1981). Marquez et al.’s theory also improves representation of conditions at the leaf surface and better represents the collision between gas molecules. The main impact of applying the new theory is a reduction in the estimation of intercellular CO2 concentration (Ci) during photosynthesis. Parameter estimates that are dependent upon measurement of Ci will be impacted. Notably, this includes Vcmax, the maximum carboxylation capacity of Rubisco, which is a key parameter of Earth system models. These improvements will not only enhance gas transport representation in models but also explicitly account for fluxes through the leaf cuticle, which are currently estimated using stomatal models.

This work is part of the Next-Generation Ecosystem Experiments (NGEE–Tropics) project. It is supported by the Office of Biological and Environmental Research’s (BER) Environmental System Science (ESS) program in the Department of Energy’s (DOE) Office of Science, and through DOE contract No. DE-SC0012704 to Brookhaven National Laboratory.