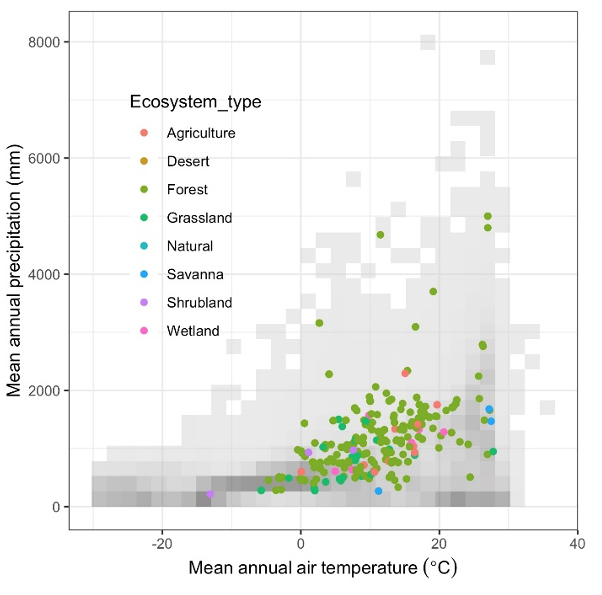 Soil respiration—the flow of CO2 from the soil surface to the atmosphere—is one of the largest carbon fluxes in the terrestrial biosphere. In recent DOE-funded study, researchers created a model that predicted annual soil respiration in different parts of the world based on average air temperature for each region.

This research was supported by the DOE Office of Biological and Environmental Research (BER), as part of BER’s Terrestrial Ecosystem Science Program [number: DE-AC05-76RL01830].