Spatial Patterns of Snow Distribution in the Sub-Arctic

Snow distribution patterns are fundamental for understanding and improving models to predict future changes to snow in high latitude environments. 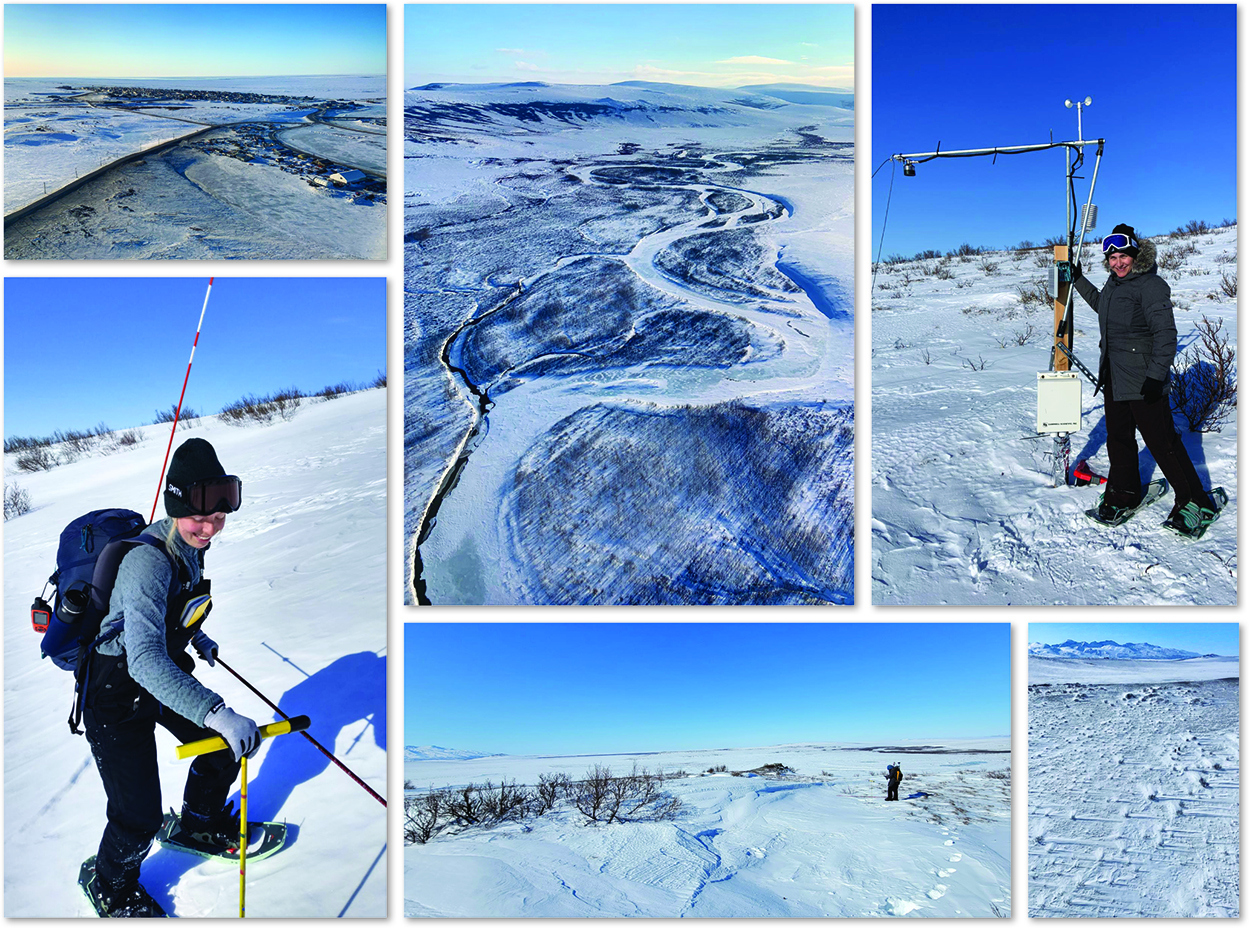 In the Arctic and sub-Arctic, climate shifts are changing ecosystems, resulting in alterations to snow, shrubs, and permafrost. Thicker snow under shrubs can lead to warmer permafrost because deeper snow will insulate the ground from the cold winter. In this study, a team of scientists used modeling to characterize snow and better understand the drivers of snow distribution patterns in the high latitude regions of the globe.

Snow controls Arctic and sub-Arctic energy balances, and recent changes have a reverberating effect on regional and global climate. As changes in snow are anticipated in the future under associated climate warming, understanding and characterizing snow patterns is vital to better predict future climate shifts. The characterization of Snow Water Equivalent (SWE) patterns will be used to validate and improve snow distribution modeling in the Department of Energy’s (DOE) Earth system model and for improved understanding of hydrology, topography, and vegetation dynamics in the sub-Arctic and Arctic.

Snow spatial distribution plays a vital role in sub-Arctic and Arctic climate, hydrology, and ecology due to its fundamental influence on the water balance, thermal regimes, vegetation, and carbon flux. However, the spatial distribution of snow is not well understood and therefore not well modeled, which can lead to substantial uncertainties in snow cover representations. To capture key hydro-ecological controls on snow spatial distribution, a team of scientists carried out intensive field studies over multiple years (2017–2019) for two small sub-Arctic study sites located on the Seward Peninsula of Alaska. Using an intensive suite of field observations (>22,000 data points), researchers developed simple models of SWE spatial distribution using factors such as topographic characteristics, vegetation characteristics based on greenness (normalized different vegetation index) and classification, and a metric for approximating winds. A machine learning model developed for both study sites and all years was the most successful and was able to accurately capture the complexity and variability of snow characteristics. The machine learning model at the study sites accounted for approximately 86% of average SWE distribution. Factors that impacted year-to-year snow distribution included greenness, elevation, and a metric to represent coarse microtopography, while slope, wind, and fine microtopography factors were less important.

This research was supported by the Biological and Environmental Research (BER) Program within the U.S. Department of Energy’s (DOE) Office of Science, as a contribution to the Next-Generation Ecosystem Experiments (NGEE)–Arctic project.