The Importance of Nutrients for Microbial Priming in a Bog Rhizosphere

Scientists identified what types of molecules were created or lost during plant-stimulated microbial priming that facilitated wetland methane generation. 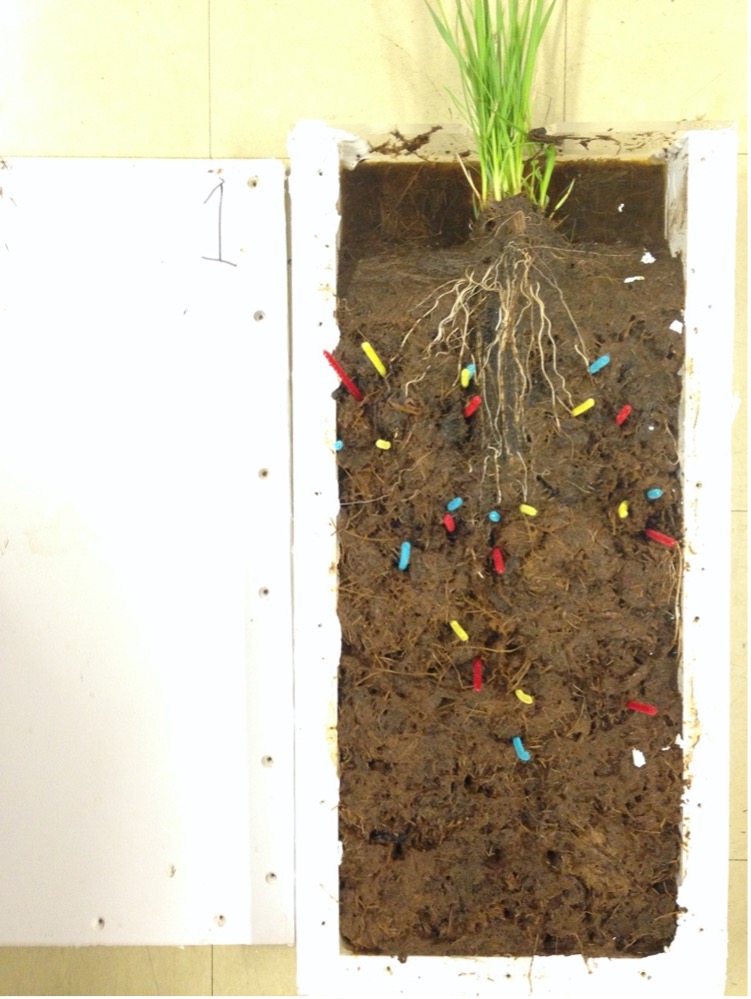 Wetlands host microbes that convert organic carbon into methane, a powerful greenhouse gas. Wetland plants can influence which carbon compounds are available to microbes by releasing organic carbon from their roots into surrounding soil. This carbon can trigger microbial priming—the process of new carbon stimulating the microbial community into processing more soil carbon than they would have otherwise. This research identified what types of molecules were created or lost during plant-stimulated microbial priming that fueled methane generation. Scientists found the molecular size and nutrient content of the molecules controlled which compounds were processed by the microbial community.

Results clarify the factors controlling microbial priming and associated methane production within wetland soils. Understanding the causes and mechanisms of plant-stimulated microbial priming will help scientists better predict the fate of wetland soil carbon and methane production. This information will be particularly important as the world becomes more and more impacted by climate change. Warmer temperatures and elevated concentrations of atmospheric CO2 are expected to increase plant productivity and cause plants to release more carbon from their roots into surrounding soil.

This study utilized high resolution Fourier transform ion cyclotron mass spectrometry (FT-ICR-MS) analysis to probe the composition of soil organic compounds from the rhizosphere of Carex aquatillis, a common wetland sedge, which stimulated microbial priming and methane generation within peat soil collected from a bog. The goal was to identify what types of molecules were created or lost during microbial priming in the wetland rhizosphere and thus, advance mechanistic understanding of the process. FT-ICR-MS analysis demonstrated that more microbial transformations of carbon occurred among water-soluble compounds than among hydrophobic compounds, but that some hydrophobic compounds were processed. Crucial for understanding microbial priming, plant-released carbon triggered increased processing of high molecular weight molecules regardless of nutrient content, but processing of low molecular weight compounds only occurred if they contained nitrogen or sulfur. Nitrogen and sulfur are essential nutrients for plant growth. The importance of sulfur in determining molecular utilization is noteworthy because priming literature typically focuses on nitrogen. The fact that some molecules were processed and others were not is evidence for a selective priming effect in which some carbon compounds with specific properties are used at an increased rate, while others are left unaltered.

This material is based upon work supported by the Office of Biological and Environmental Research (BER), within the U.S. Department of Energy’s (DOE) Office of Science (under Award Number DE‐SC‐ 0010338). A portion of this research was performed under the Facilities Integrating Collaborations for User Science (FICUS) program and used resources at the Environmental Molecular Sciences Laboratory (grid.436923.9), which is a DOE Office of Science User Facility sponsored by BER and operated under Contract No. DE-AC05-76RL01830. This material is based upon work supported by the U.S. Department of Energy, Office of Science, Office of Workforce Development for Teachers and Scientists, Office of Science Graduate Student Research (SCGSR) program. The SCGSR program is administered by the Oak Ridge Institute for Science and Education (ORISE) for DOE. ORISE is managed by ORAU under contract number DE-SC0014664. Students were additionally supported by the following fellowships and grants: University of Washington (UW) College of Engineering Dean’s Fellowship/Ford Motor Company Fellowship, UW Civil and Environmental Engineering Valle Scholarship, UW Mary Gates Scholarship, and the Carleton College Kolenkow Reitz Fellowship.