Warming stimulates methanogenesis fueled by the release of plant metabolites. 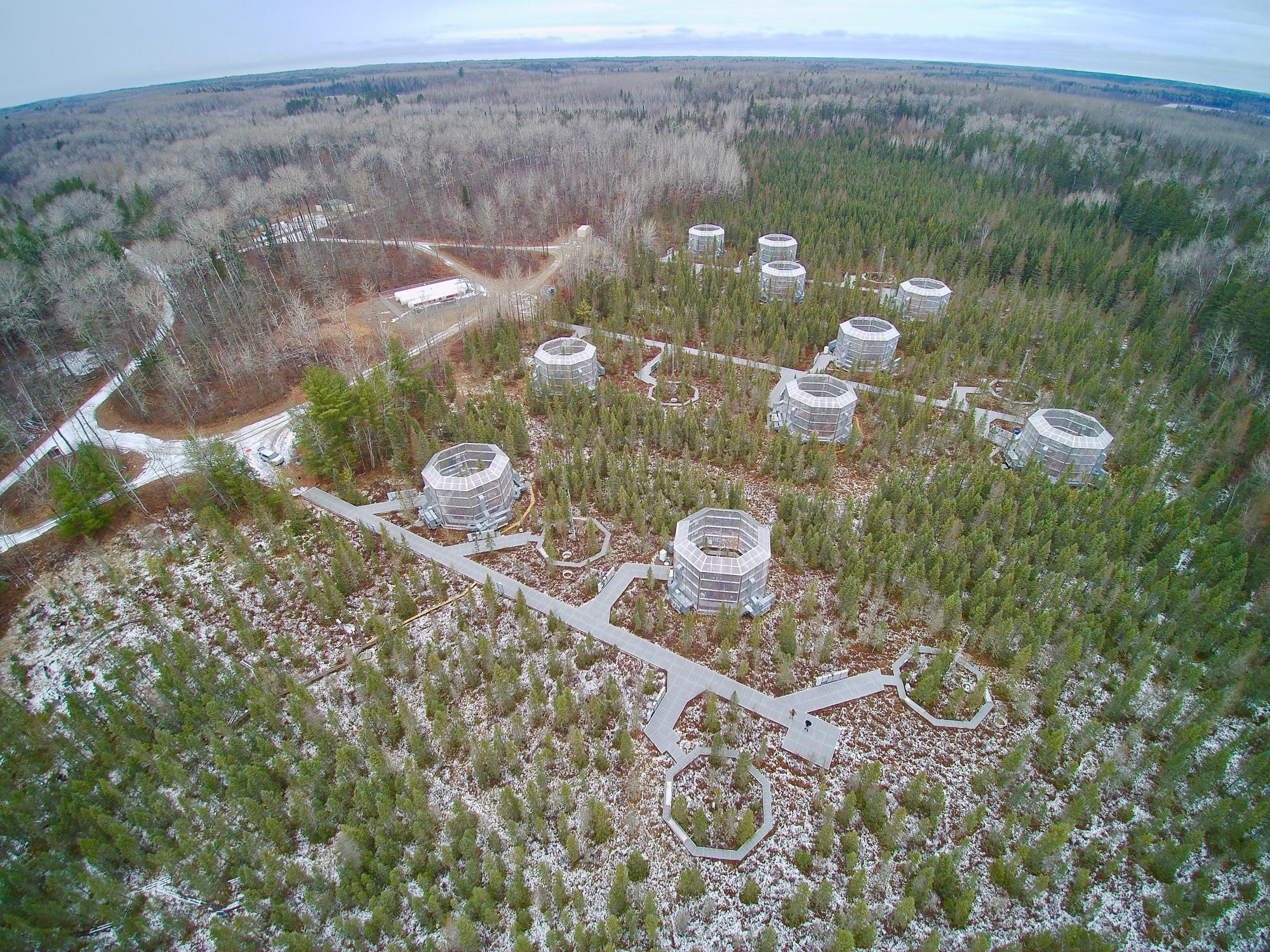 Aerial view of the SPRUCE experimental site in October 2020.

In the U.S. Department of Energy’s (DOE) Spruce and Peatland Responses Under Changing Environments (SPRUCE) experiment, air and soil are experimentally warmed from +0 up to +9°C above ambient temperatures to greater than 2 m deep in a northern Minnesota bog. These warming treatments simulate the effects of climate change on the carbon cycle at the whole ecosystem scale over the long term. The production of the potent greenhouse gas methane (CH4) was shown to increase at a faster rate in comparison to carbon dioxide (CO2) in response to warming, and evidence indicates that soil respiration and methanogenesis are stimulated by the release of plant-derived metabolites. Results suggest that as peatland vegetation trends towards increasing vascular plant cover with warming, a concomitant shift towards increasingly methanogenic conditions and amplified climate-peatland feedbacks can be expected.

While soil carbon has accumulated over millennia in peatlands, these results demonstrate that vast, deep carbon stores are vulnerable to microbial decomposition in response to warming, and since elevated rates of methanogenesis are fueled by plant metabolites, increased rates are likely to persist and result in amplified climate-peatland feedbacks.

Northern peatlands store approximately one-third of Earth’s terrestrial soil organic carbon due to their cold, water-saturated, acidic conditions that slow decomposition. These investigations leverage the Spruce and Peatland Responses Under Changing Environments (SPRUCE) experiment, where air and peat warming were combined in a whole ecosystem warming treatment. Scientists hypothesized that warming would enhance the production of plant-derived metabolites, resulting in increased labile organic matter inputs to the surface peat, thereby enhancing microbial activity and greenhouse gas production. In support of this hypothesis, significant correlations were observed between metabolites and temperature consistent with increased availability of labile substrates, which may stimulate more rapid turnover of microbial proteins. An increase in the abundance of methanogenic genes in response to the increase in the abundance of labile substrates was accompanied by a shift towards acetoclastic- and methylotrophic methanogenesis. Results suggest that as peatland vegetation trends towards increasing vascular plant cover with warming, a concomitant shift towards increasingly methanogenic conditions and amplified climate-peatland feedbacks can be expected.

DOE under DE-SC0007144, DE-SC0012088, and DE-AC05-00OR22725. A portion of this research was performed using the Environmental Molecular Sciences Laboratory (EMSL), a DOE Office of Science User Facility sponsored by the BER and located at the at Pacific Northwest National Laboratory (PNNL). Metagenome sequence data were produced by the DOE Joint Genome Institute (JGI) in collaboration with the user community.