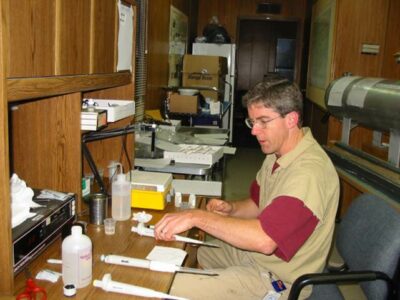 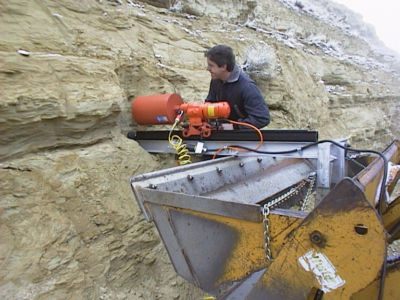 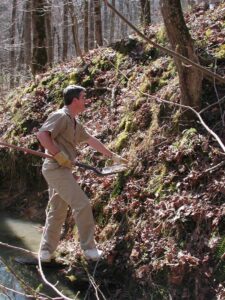 Our esteemed long-time colleague and friend, Dr. Phil Jardine, passed away unexpectedly on July 9, 2014.  Phil worked at Oak Ridge National Laboratory for 26 years before moving to a research professorship at the University of Tennessee.  Phil was a part of the Department of Energy’s subsurface science community from its earliest days and during that time he helped design unique field facilities for research and utilized them to conduct some of the definitive early field-scale research on organic carbon and colloid reactive transport.  His research interests grew to encompass the coupled geochemical, hydrological and microbiological processes affecting solute fate and transport with particular emphasis on heavy metals and radionuclides.  Phil pursued those interests with novel experiments and approaches spanning broad spatio-temporal scales from lab- to field-scale research.  These studies included reactive transport of metal-chelate complexes under conditions ranging from unsaturated flow in intact soil cores to field-scale injections in groundwater.  Along the way he took the time to mentor numerous students, post-docs, and junior scientists into successful careers.  Phil was both a passionate and industrious scientist.  He authored more than 180 peer-reviewed publications and had an h-index of 44.

Phil served as the chairman of the Soil Chemistry Division of the Soil Science Society of America (SSSA) and was an associate editor for both Soil Science Society of America of Journal and Vadose Zone Journal.  Among the many recognitions he received during his career were the Presidential Early Career Award for Scientists and Engineers (1996), the U.S. Junior Chamber of Commerce Ten Outstanding Young Americans Award (1996), and the SSSA Soil Science Research Award (1998).  Phil was also a member of the inaugural class of Distinguished Alumni of the University of Delaware College of Agriculture and Natural Resources (2008).

A diligent and impactful scientist who took his work seriously, Phil was also one of the most selfless, caring, and humble people you could have the good fortune to know.  Phil was always quick with a story or word of encouragement.  He was an avid outdoorsman and devoted father.  Phil was an active volunteer with Big Brothers of America, spent time working in prisons helping inmates learn to read and write, and gave most of his Saturdays to preparing and delivering meals to the homebound.  Phil will be missed for his leadership and scientific thought and counsel.  But perhaps most importantly to Phil, he will be missed for his friendship and the gap his passing has left in our lives.  May he rest in peace.