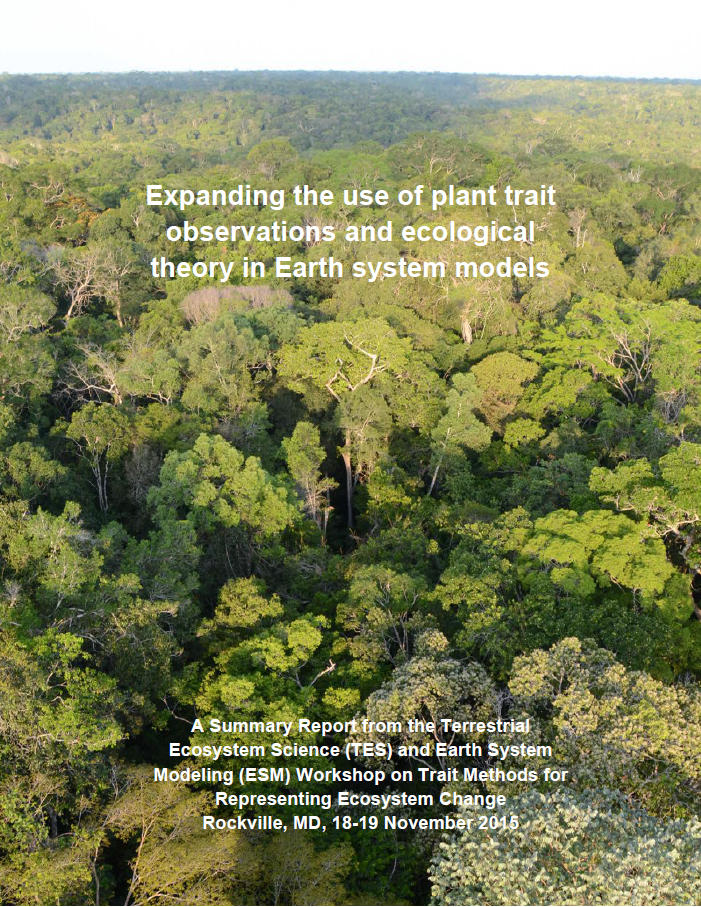 Plants show a wide array of functional diversity, as evidenced by the wide range of plant traits that are measured worldwide. This diversity in traits has important implications for the global carbon cycle and its feedbacks with climate change, as traits govern the key processes of plant growth, reproduction, and mortality that underlie the terrestrial carbon cycle. Most Earth system models (ESMs) do not currently allow for key ecological processes of functional community assembly that determine plant trait distributions, and as a result must either specify fixed plant traits, or use dynamic vegetation models that may not capture critical responses of plant traits to global change. Recent developments in synthesizing plant trait data via large collaborative databases have begun to identify key axes of plant trait variation, as well as the linkages between plant traits and environmental drivers, and the role of traits in ecosystem scale structure and function. These observations and relationships can be used to construct and test the next generation of ESMs that will better capture changes to plant trait distributions and their effects on the global carbon, water, nutrient, and energy cycles in a changing world.

The Office of Biological and Environmental Research in the U.S. DOE’s Office of Science hosted a workshop to bring together a wide range of scientists with expertise in the observations and theory of plant functional trait diversity and ecosystem function to discuss ways to better include plant trait dynamics in ESMs. Outcomes included a summarization of current and future research directions, identification of key observational and theoretical gaps, and an emphasis on the need to continue a range of diverse approaches for representing trait dynamics in ESMs.